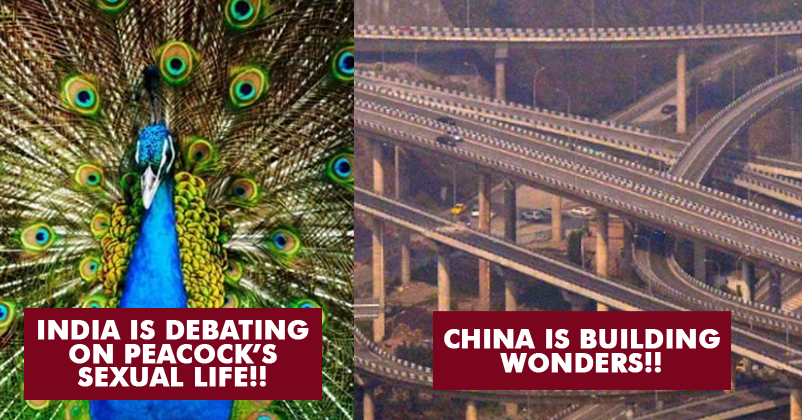 When we talk about technology or engineering, China’s name is always taken among the topmost countries. The Asian country doesn’t just have the highest population, but has some really passionate people, who love their job and focus on the nation’s development. While Indians are busy protecting cows and debating about Peacock mating, China has displayed engineering brilliance!

China has recently unveiled world’s most complex overpass having 5 layers, 20 ramps and 8 directions. Isn’t that unimaginable? Have a look- This newly unveiled overpass in Chongqing, China, was under construction since 2009 and will be ready by early next year after they complete the airport expressway. As per the reports in the People’s Daily Online, the new interchange has left the locals confused, as they are concerned about getting lost in the city’s complicated section of road. However, as per the officials, it is easy to navigate with the use of signs and even a wrong turn can be corrected, as you will have to go around about a kilometer or sometimes just 500-600 metres. Officials have also reported that some sat nav devices have already been successfully tested on the interchange. However, those that have been unsuccessful will need to be changed by the companies.

Well, this one seems interesting. We hope something of this sort happens in India soon.

Continue Reading
You may also like...
Related Topics:china, World

This Rickshaw Puller Saved A Girl From Suicide! Here’s What She Did To Him Few Years Later!
Sehwag Said There’s No Global Warming In India! He Got Slammed & Was Forced To Change His Words!