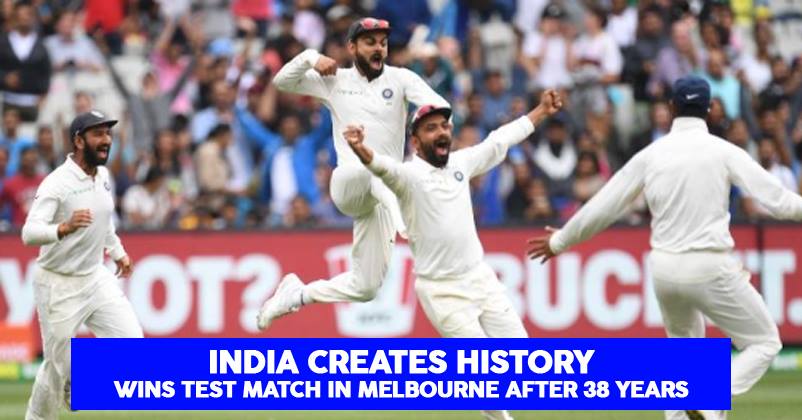 Finally, we are proud to announce that Virat Kohli and his men have done the unthinkable. They have won a match at Melbourne, thus breaking the streak of the last 38 years.

And we could not be prouder, guys.

In the last match, India attained a 2-1 victory, which is unbeatable. India has established its unparalleled dominance in the match, and Virat Kohli’s expression says it all. 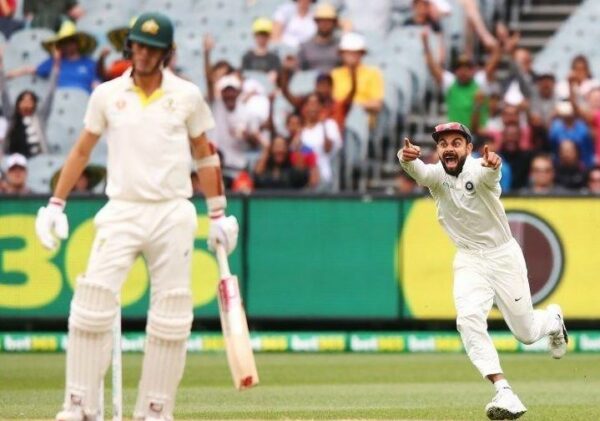 The last time India won a match in Melbourne was back in 1981 February, when Kapil Dev pushed the team towards victory. In 1981, the series was a draw.

But this time, we actually have a chance of winning it, and we are literally biting our nails. In fact, many took to Twitter to express their pride and shower praises on our men on the frontline there.

Harsha Bhogle praised our men too:

Great scenes at the MCG https://t.co/5Ssjng7m2r

And that's a wrap on Melbourne! What a rollercoaster of a game it has been. Games like these bring out the true beauty of test cricket. Thank you all for your wishes. Ending 2018 with this lovely memory. On to the final one now! #AUSvIND pic.twitter.com/durwAO5HmC

We agree with him:

37 years 10 months ago was the last time India won a test at the MCG, none of the players from either sides were born. This win is one to savour & cherish for a long time and a perfect end to 2018 for Team India. Each player can be very proud of their contribution to this win👍

Even Rishabh Pant expressed his feelings:

Nothing compares to this awesome feeling. Congratulations on this historic win India. We did it, thanku for your love and support #AUSvIND #BleedBlue #TeamIndia pic.twitter.com/bJGvzTseLJ

Mitchell Johnson Tweeted For A Thunderstorm Forecast,Gets Badly Trolled
This Is How Ravi Shastri And Virat Kohli Celebrated India’s Historic Win At Melbourne