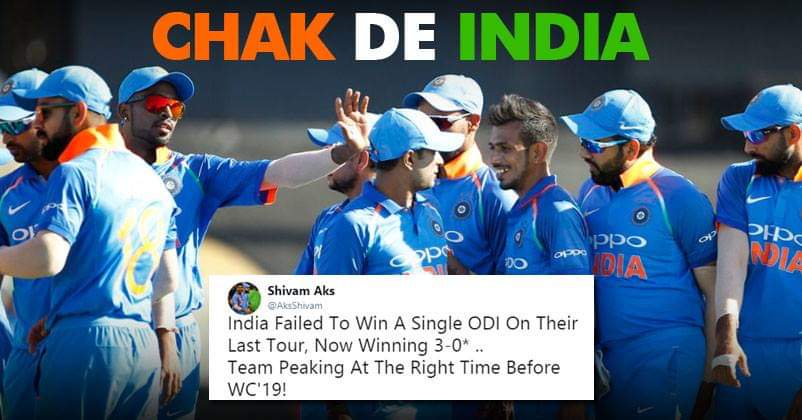 India seems to be completely unstoppable as it crushes New Zealand in a massive victory by winning by 7 wickets. In fact, we knew India would win, because our men in blue were in full form. 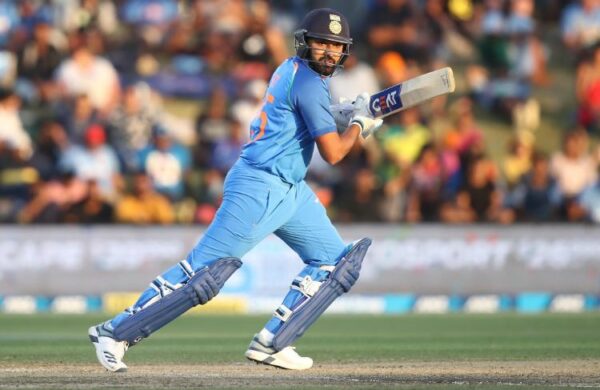 Although Dhoni could not play in the match owing to an injury, the rest of the team made up for it. To say that fans are extremely proud would be an understatement.

This makes the scores 3 out of 5, which basically means that India has almost won the ODI series.

Maybe these Twitter reactions can give you a better idea:

As if Pandya cares about the noise no f*cks given! 🔥 #NZvIND pic.twitter.com/JqCPdlhift

47 ODI wins under captain Kohli, haters can take that on your face! #NZvIND

Kohli speaking at the post-match like the last exam is over, and the summer vacation begins from tomorrow.#NZvIND

That was a fielder’s wicket, absolutely stunning catch from Hardik Pandya. #NZvInd

India playing so well at the moment that they are making look opposition teams look weak and ordinary .anyone has doubts about Aus can look at Nz india completely thrashed them well team india 👊👏🙌🙏#NZvIND

Virat Kohli will leave for India tonight with :

India Failed To Win A Single ODI On Their Last Tour, Now Winning 3-0* ..
Team Peaking At The Right Time Before WC'19!#NZvIND

Sealed the series before transferring the responsibility. True leader. Now time for stand in captain to learn from him and lead in the remaining dead rubbers. King Kohli😎 #NZvIND pic.twitter.com/dpRovKk5oa

10 years after MS had led India to an ODI series win for the first time in New Zealand, Virat's team India has achieved the same. WHAT a great feeling!!#NZvIND

We are Grateful to living in King Kohli Era😎