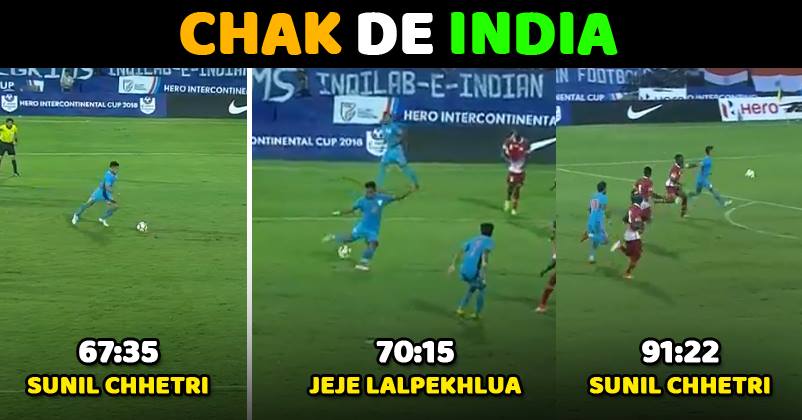 It’s a proud moment for India as it defeated Kenya by 3-0 in today’s match in Mumbai Football Arena. It was after Chhetri’s appeal that stands were full today.

The Hero Intercontinental Cup is going on and India is giving its best performance. Today, captain Chhetri played his 100th International match & displayed a wonderful show.

The 3 goals that were scored gave us GOOSEBUMPS. 2 were by Sunil Chhetri while one was by Jeje Lalpekhlua.

Here are those 3 videos;

India will play last match of the league against New Zealand on 7th June. In case of draw/win, India will reach finals.

In case India loses against New Zealand then also they are highly likely to qualify for finals because of higher goal difference.

If NZL loses against Chinese Taipei then India will automatically qualify for finals. We wish them all the best.