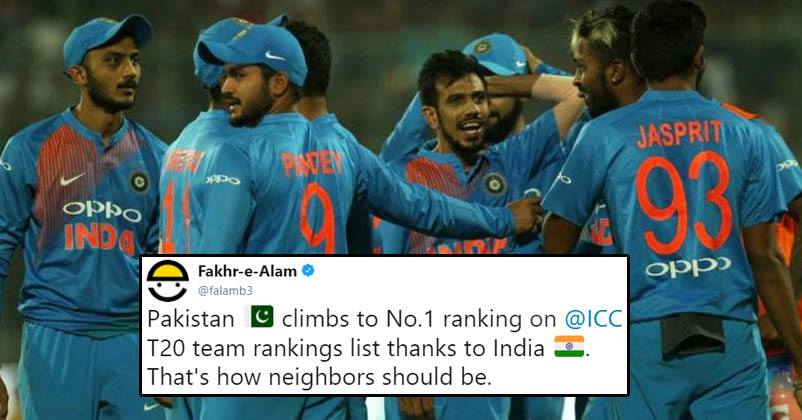 India has taken the lead of 1-0 in the series by defeating New Zealand in the first T20 match by 53 runs and with this match, an era has came to an end with Indian bowler Ashish Nehra bidding goodbye to cricket. 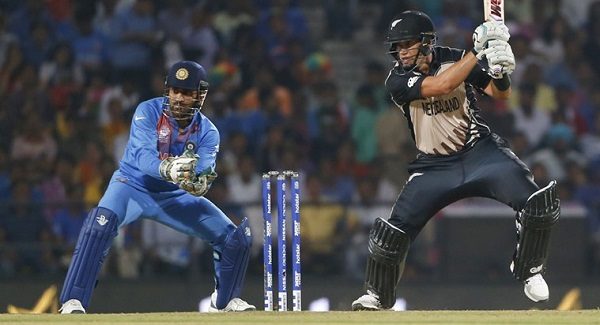 Pakistani fans also rejoiced after India’s win but they were happy because their team has become number one. Pak cricket followers even took to Twitter to thank the Indian team, however with a touch of humour.

Here are some of the selected tweets made in this concern:

All thanks to India:

Thanks to India beating New Zealand, Pakistan are now the No 1 ranked T20 team in the world pic.twitter.com/3SETiIpds6

@imVkohli Thanks Dear Bro Virat. Today Pakistan has been #1 T20 Teem due to India's win & Also respect and best wishes for Nehra.

What a day .. INDIA win and Pakistan celebrate.😀😁😁😎

Few Indians also gave it back to Pakistanis in the perfect manner:

Do something on your own:

India is fulfilling the duty of being BAAP:

Not for Long time..India will beat NZ by 3-0 and then will claim 2nd spot…And them against Sri Lanka,India will top all 3 formats.♡India♡

All the best to the Indian team and we wish that they clean sweep the series.