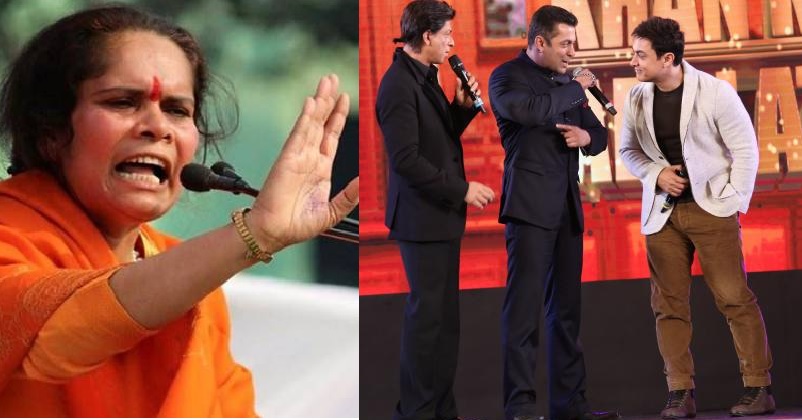 When it comes to hitting the wrong note and stating some really controversial quotes, Sadhvi Prachi stands infamously in the front row. From telling Shahrukh Khan a Pakistani and saying he should move there to producing 4 kids for spreading Hinduism, she has really crossed the line and probably doesn’t know where to put a full stop.

And, now that we are talking about her, be very clear that she is actually in the news for some other wrong statement. Recently when she was in Roorkee where last week 32 people were injured due to communal violence, she left no stone unturned to infuriate and provoke hatred among the people.

We all know that the Hindu & Muslim fight has always been hyped and political leaders are always on a lookout to take benefits and color themselves in the name of religion.

So, this time, Sadhvi went ahead and was seen saying that “Now that we have achieved the mission of making a Congress-free India, it is time to make India Muslim-free. We are working on that,”

You can check the video here and be amazed how such people eventually attain the stature of being “Political Leaders”.

Don’t you think political leaders who talk ill about other religion and make such statement which can possibly cause communal riots, should actually be banned from Politics