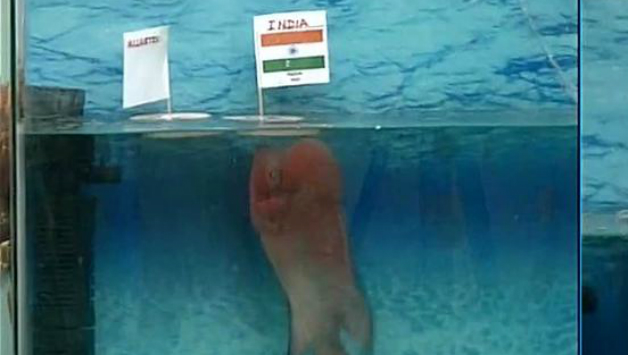 Just like Octopus Paul who predicted very aptly predicted all the matches during the FIFA World Cup 2010. India has also found a fish, named Chanakya II who’s sooth saying is estimated to be very apt and cent percent true. The fish who lives in an aquarium in Chennai has previously predicted all the winners correctly.

During the pool matches to qualify for the Quarters, Chanakya II foresee that South Africa will make it to the Quarter-Finals and Semi’s but it will be New Zealand to make it to the Final Position. And, just a day before the judgement day for most Indians, Chanakya has risen hope among many by choosing India to enter the Final of World Cup Championship 2015. The process of deciding the winner is quite simple, the fish food is kept with the flag of the competing nation and which ever flag Chanakya chooses or have chosen till date have emerged as the Winner. WE just hope this prediction also becomes true.

Tomorrows match is speculated to the most exciting and enthralling match and the fact that more than 60% seats in the Melbourne stadium has already being booked by Indian, also makes it all the more energetic and charged up.

Ain’t you excited? What will be the score by India? Who will win the match?

Keep Guessing and Increasing your Heartbeat.

26th of March – All the Question will be answered, #INDIAvsAUSTRALIA