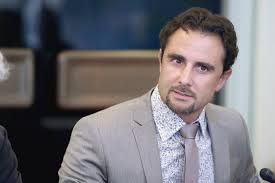 Six years ago, Herve Falciani, a whistle-blower was successful in one of the
biggest security breaches in Swiss banking history, obtaining details of some 127,000 accounts worth 180 billion euros which also contained the list of over 600 names which was recently shared by Central Govt. with Supreme court. In his interview with NDTV India, Herve Falciani, a former HSBC employee, said —

India has less than 1 per cent of the information from the original data. I am helping other countries and I am keen to help India.

In an interview with NDTV, Falciani said that in 2011 France has shared the list of Indians who allegedly hold bank accounts at HSBC with the government which is “just the tip of the iceberg” and also added the fact that India was given only 2 MB of the 200 GB of data and so they have less than 1 percent of the information from the original data.

The 42-year-old is currently helping investigators from several countries trying to fight large scale tax evasion, money laundering and corruption. Among these countries are US, France, Spain and Belgium.

It’s just up to (the Indian administration). They can contact us.

If India asks tomorrow we will send a proposal tomorrow.

The whistle-blower also told NDTV that there is “1000 times more information” available for investigators and there are a lot of business procedures to be unveiled to them.

What are your views on Black Money?? Do you think Indian Govt. should take help from this guy??
Do tell us your views in comments..

Virat Kohli Confirms That He Is In Relationship With Anushka Sharma
Mumbai Ranked 13 In Best City To Live And Work In: Survey