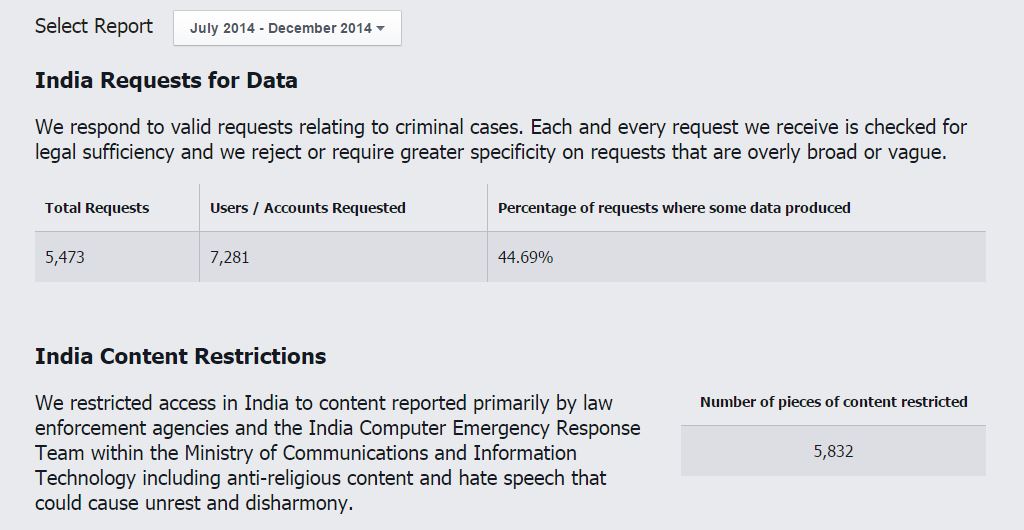 According to ‘Global Government Data requests’ report released by the US-based company, the Indian government has topped the list of global governments asking censorship of content on Facebook.

This reports, published this Friday gives the information of time period from July to December last year.
In comparison to the US government, which topped the list yet again with 12,598 requests for user data, the Indian government had made 4,765 requests.This report thus shows that requests from countries such as India is rising and those from others including United States and Germany falling.

We will continue to scrutinize each government request and push back when we find deficiencies. We will also continue to push governments around the world to reform their surveillance practices in a way that maintains the safety and security of their people while ensuring their rights and freedoms are protected

Facebook, Microsoft, Yahoo and Google last year began publishing details about the number of government requests for data they receive. Recently, almost all the leading online service providers, including Google, Apple, Facebook, Yahoo and Microsoft have made an appeal under the collective ‘Reform Government Surveillance’ to ensure that the requests for user data and restrictions of services be done more rationally. The entire report of Facebook can be accessed at https://govtrequests.facebook.com