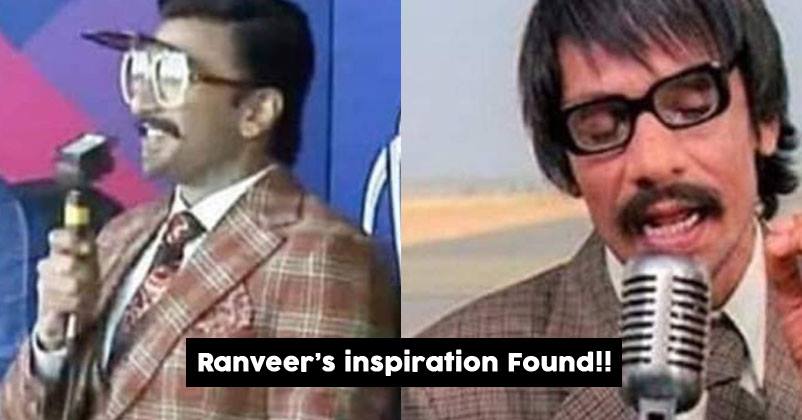 India vs Pakistan match took place on Sunday 16th June at Old Trafford. The citizens of the neighbouring countries were glued to their television sets to witness the epic battle of cricket. Men in blue dominated men in green with a huge margin. Indian won for the 7th consecutive time against Pakistan in the World cup history.

The world cup match created a buzz on social media. Well, it had to as the India vs Pakistan match is considered to be the biggest match in the cricketing history for the arch rivalry.

On Sunday Ranveer Singh made headlines being the fashion mafioso on and off the pitch. Ranveer who is currently shooting in London for his upcoming movie 83 . Ranveer not only attended the most anticipated match of the ICC World Cup but also showed us skills as a commentator.


Ranveer like always did go out of the box with his appearance. He donned in traditional ’80s checked suit with oversized glasses, long overcoat and Gucci’s muffler. Immediately as soon as the picture surfaced online it was transformed into a meme fest:

When you need only 6m of cloth but bought 600, since it was on sale. #RanveerSingh #indiavspak #ICCWorldCup2019 pic.twitter.com/0f57WPGnLB

Friend : Your crush is coming. Wear something nice and act cool when you see her.

Just look at him 😂 @RanveerOfficial

Ranveer Singh inspired by Uncle Jaidi for a Pak vs India match. pic.twitter.com/OrsAO9HJnp

Well, now you know Ranveer Singh was inspired by whom don’t you? But you need to agree Ranveer aced the crazy outfit with sheer confidence.

Anurag Kashyap’s Daughter Is The New Fashionista On The Block
Shikhar Dhawan Ruled Out Of World Cup 2019, Twitter Reacts To The News