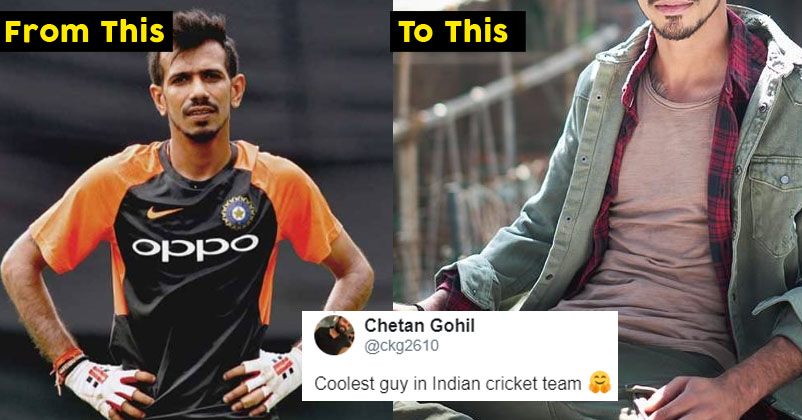 Indian cricketer and former chess player, Yuzvendra Chahal is one of the coolest athletes we know. During the ICC world cup 2019, his picture went viral where he was seen chilling on the ground during the drink breaks. Now is another picture has grabbed huge attention, because of its cool caption.

Chahal shared his picture on Twitter and captioned it with a line of a famous Hariyanvi song “Desi Desi Na Bolya Kar Chhori Re”. He wrote, “इस देसी की फैन यह दुनिया हो री रे 🤙” (Don’t call me Desi girl, the world is going crazy over this desi)

In this picture, Chahal can be seen wearing two shirts over a t-shirt. The fans went crazy over his photo as well as the caption. Here’s how twitterians reacted to Chahal’s lastest photo on social media handle.