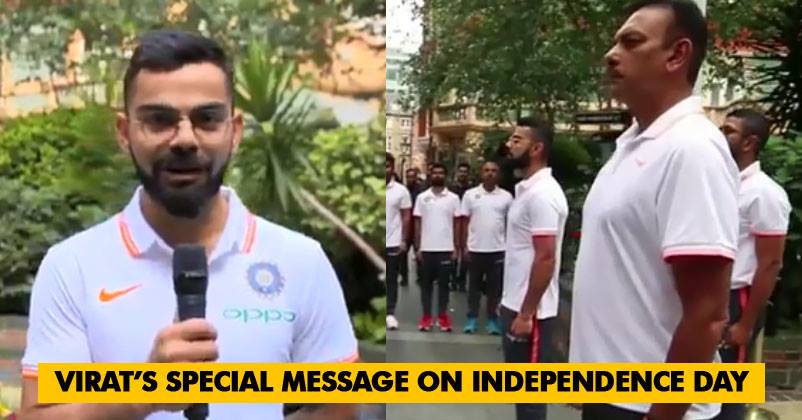 Team India has performed poorly in the first two test matches against England and hence lost both matches. It’s a series of 5 matches and the next one i.e. going to start from 18th will be a crucial one for the team.

Before leaving for Nottingham today for the 3rd test match, Team India celebrated Independence Day in London. The players of Team India hoisted the national flag outside their hotel in London and posted pictures on social media. They sung the National Anthem too. 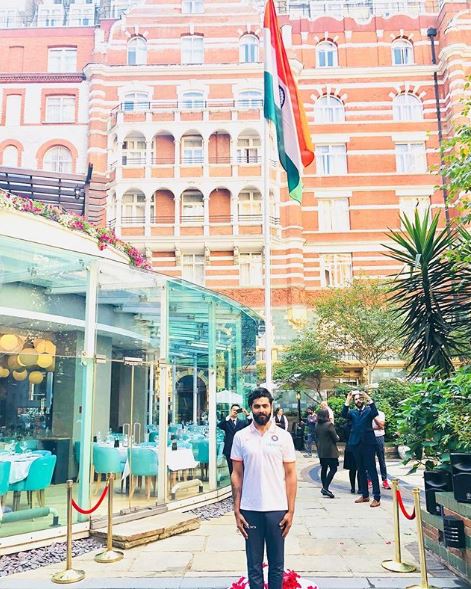 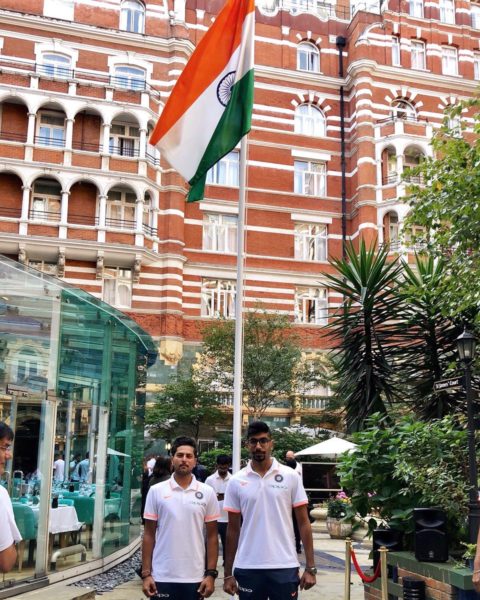 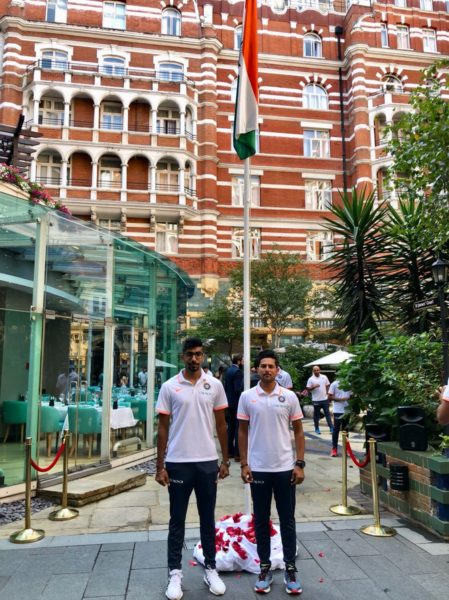 BCCI also shared a video message by Team India’s captain Virat Kohli in which he is seen wishing a Happy 72nd Independence Day to the whole country. Sharing the video on Twitter, BCCI wrote-

MUST WATCH: On Independence Day, members of #TeamIndia came together to honour the tricolour in England. What a proud moment this #HappyIndependenceDay 🇮🇳🇮🇳🇮🇳 #IndependenceDayIndia

In the video, Virat Kohli says-

“On behalf of the Indian Cricket Team all the way from the UK, here’s wishing everyone a very Happy Independence Day. Jai Hind”

MUST WATCH: On Independence Day, members of #TeamIndia came together to honour the tricolour in England. What a proud moment this #HappyIndependenceDay 🇮🇳🇮🇳🇮🇳 #IndependenceDayIndia
Full Video Link—> https://t.co/MBEx1zhR6K pic.twitter.com/LWhooUwORO

This was indeed a great feeling to see Indian Cricket Team celebrating Independence Day in England. We wish them all the luck and hope they play well in next 3 test matches.