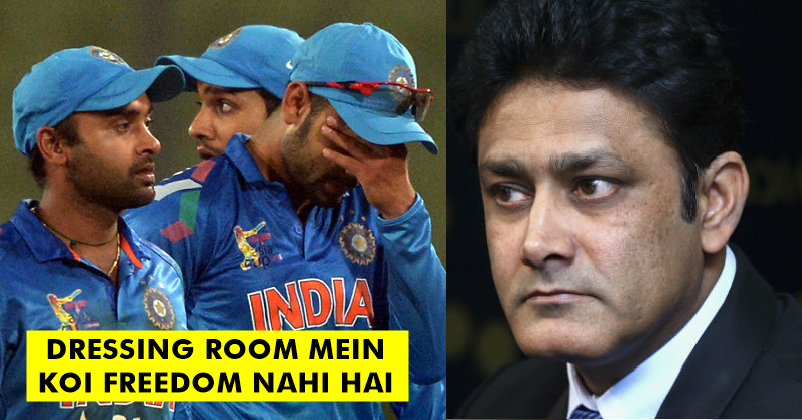 Anil Kumble proved to be a really good coach for Indian Team from the day he was appointed for the service by BCCI. Under his guidance in last 1 year, the team had several victories.

But as per the reports, all is not well between Anil & BCCI; the Board is planning to terminate his services after the upcoming Champions Trophy. It is also being said that they recently invited applications for the post of the new head coach of the Indian team. Now, there are several reasons being considered for the sudden termination of Kumble; one of them is his frequent demands regarding the hike in the pay scale of the players.

There are also speculations that team players are not happy with the overpowering attitude of Anil. Some say that there’s no freedom in the dressing room, which frustrates them all the more. In fact, this might be the main reason why players are very unhappy.

As per a report in India Today, the players had even complained about the same to the Board, following which the decision of inviting new applications was taken. Some players claimed that Kumble (As a coach) failed to get the confidence of the players. Watch this video and see why the team is unhappy;

Also, the players regret the fact that they had no freedom in the dressing room which led to massive discontent among the players.

Shoaib Malik Gets Trolled For Bringing Mohammad Shami’s Religion When Asked About Best Bowler
Gautam Gambhir Has Come Up With A New Campaign For Soldiers! Wants Us To Click Selfies With Them!