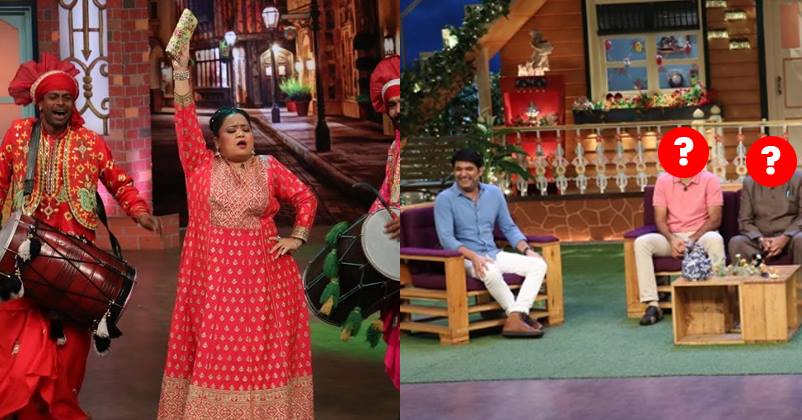 “The Kapil Sharma Show” had been going through a bad phase after the mid-air brawl which took place between comedy king Kapil Sharma and Sunil Grover, following which Grover, Ali Asgar, Chandan Prabhakar and Sugandha Mishra decided to quit the reality comedy show. However, after a couple of months, Chandan rejoined TKSS and now an ace comedienne who has been a favorite of many of us for long has also joined hands with Kapil. Yes, you guessed it right! We are talking about none other than Bharti Singh with whom makers of TKSS have high hopes and why not, people have always been loving her performances.

Talking about guests, Yusuf and Irfan Pathan will grace the stage of TKSS with their father. In the episode, Yusuf will make an interesting revelation about his childhood! The cricketer disclosed that it was he who was beaten by parents and the reason was Irfan. Yes, that’s right! Since Irfan was more active as far as workout and fitness are concerned, parents used to bash Yusuf!

Check out few photos from the sets of TKSS: She doesn’t give a damn! And here are the lovely guests! Complete entertainment on the sets! Can’t wait for this hilarious episode! It was on Thursday that Bharti completed shooting of her first episode with the TKSS team and shared a pic on Instagram with caption, “#kapu #babli #thekapilsharmashow sat-sun9pm on @sonytvofficial @kapilsharma”

Fans of Bharti must be knowing that she lately appeared on the 8th season of Nach Baliye with Haarsh Limbachiyaa, her fiancé. It’s said that Haarsh would write her script for TKSS.

Akshay Kumar’s “Toilet: Ek Prem Katha” In Legal Trouble! A Stay Can Be Put On Its Release!
After Nargis’ Tweet Another User Said She Really Looks Like Katrina! Here’s What Nargis Replied!