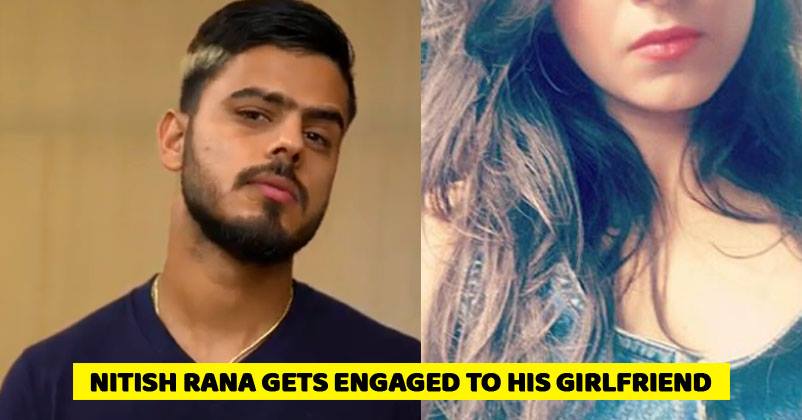 It appears to be the wedding season for Indian cricketers ever since Virat Kohli tied knot with his ladylove Anushka Sharma last year. Ever since, few other cricketers including Mayank Agarwal and Sandeep Sharma got engaged or married to their girlfriends and the latest addition to the list is Nitish Rana.

Yes, you read it right! The left-handed batsman who played for Kolkata Knight Riders (KKR) in the IPL 2018 has got engaged to his girlfriend Saachi Marwah. 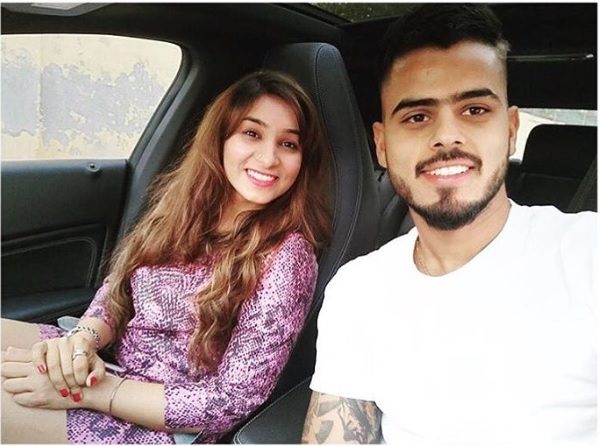 Saachi is an interior architect and belongs to Delhi. The couple has been spending quality time together and their pics on social media are proof.

The news of engagement is confirmed by Dhruv Shorey, his teammate, who shared the photo of beautiful couple on Instagram story. Most probably, he attended the ceremony and even though the couple didn’t officially announce it, he gave us a clue. 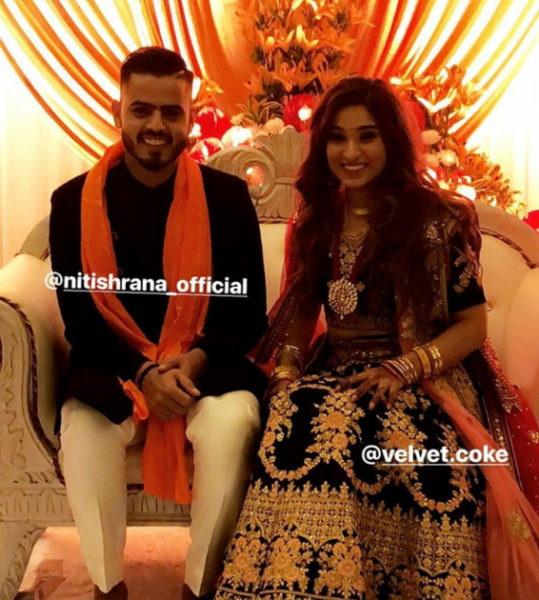 Well, their marriage date is not known yet but we must say that they fully complement one another and appear to be made for each other, don’t they?

Arjun Kapoor Apologized To Jahnvi On Insta. He’s The Best Brother Ever
Anuja Patil Gets Out For Obstructing The Field. Twitter Is Divided