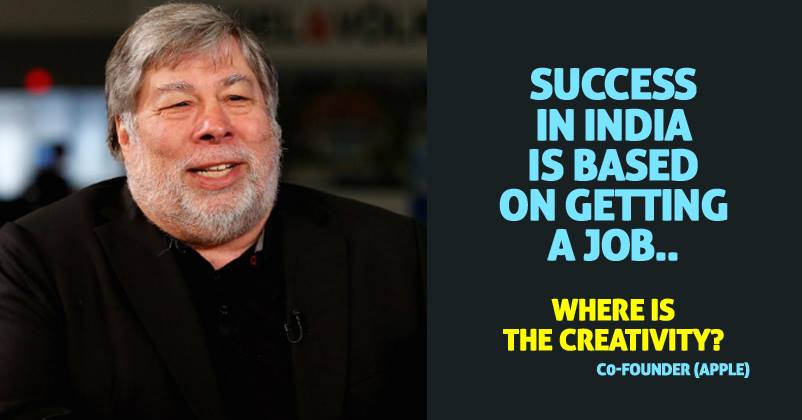 How talented do you think you are? Well if you are an engineer or probably an MBA, you would love to flaunt your degrees, isn’t it? But wait, ask yourself, “How creative am I?”.

Well, the aspect of creativity came to mind after the co-founder of Apple Steve Wozniak highlighted a dark fact about India. He is not that active in Apple now, but the credit of engineering Apple 1 certainly goes to him. 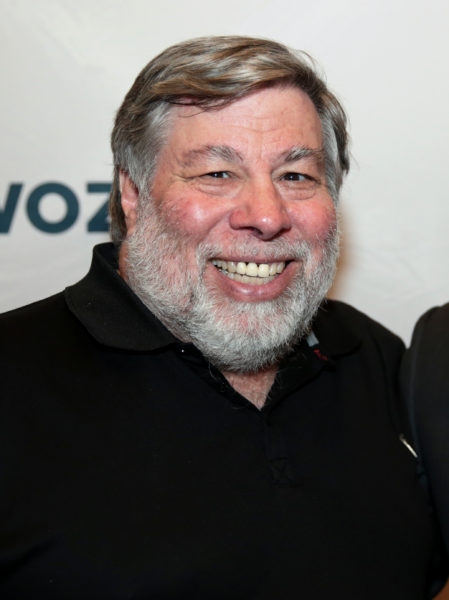 As per Wozniak, people in India just focus on studying hard and getting good jobs. Apart from that, he says that Indians don’t think creatively. He highlights that the education system in India is not at all structured.

Wozniak believes that India is divided into 2 i.e. lower and upper. He says Indians stress hard on studying and getting a degree, after which they get big jobs; but there’s one question in his mind, “Where’s the creativity?”

Wozniak further says that behavior of people in India is very structured and predictable and there’s no newness. Not only this he also stresses on the point that lack of creativity and lack of ability to think uniquely is indeed the main reason why there’s so much unemployment in our country.

Talking about the right age of teaching coding, Wozniak says that before 12 years of age, one shouldn’t be taught coding. For coding good reasoning power is needed, which is possible only when one turns 12.

“You don’t get to a stage of symbolic reasoning until you are 12 years old. Some people get there early, but most people at 12, and that’s why algebra can’t be taught till you are that age. And programming can be taught only when you are ready for algebra. The real advantage of learning how to code is that you learn how to solve large problems with a lot of steps.”

How far do you agree with him?

Everyone Is In State Of Shock After Sridevi’s Death News. No One Can Believe That She Is No More
Man Teaches Poor Kids MS Word By Drawing It On Blackboard. Where There’s A Will, There’s A Way