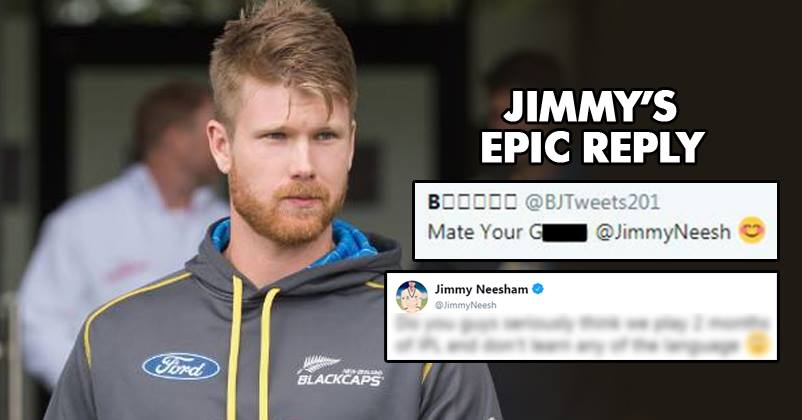 IPL was fun; different players from different countries came together to play this entertaining game. IPL is not just about playing the game but is also about learning and respecting different cultures and practices. 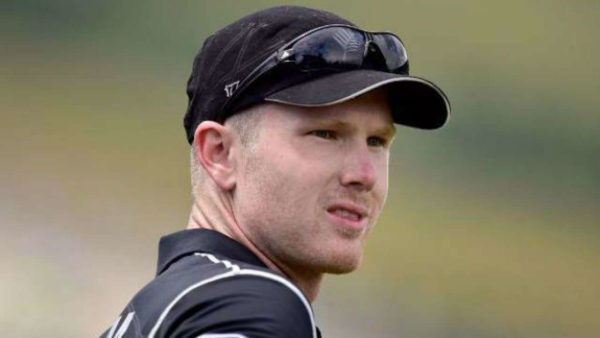 We have often seen Indian fans hurl Hindi abuses at cricketers from other countries. They think that the cricketers won’t understand the language. However, Jimmy Neesham, the New Zealand cricketer has proved the fans wrong.

An Indian used a very bad word for him and tweeted this; 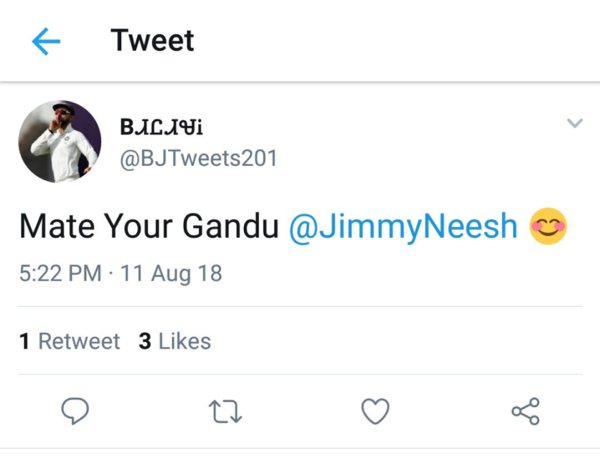 Now, the fan had never expected a reply from Jimmy. However, he surprised him with this response;

Do you guys seriously think we play 2 months of IPL and don’t learn any of the language 🙄 https://t.co/BNPUjddZJb

The tweet read, “Do you guys seriously think we play 2 months of IPL and don’t learn any of the language 🙄”

This response made the Indian fan delete his tweet. Not only this, Jimmy answered these 2 questions as well;

Someone asked him what he likes the most about India;

And also his thoughts on being handsome…

Never mess up with foreign cricketers. Over the years, they have got a powerful grip over Hindi.

Dhoni Finally Reveals Why He Took Ball From Umpire. You’ll Love His Smartness
BCCI Shared The Lunch Menu Of Team India On Twitter, Got Heavily Slammed For Including Beef