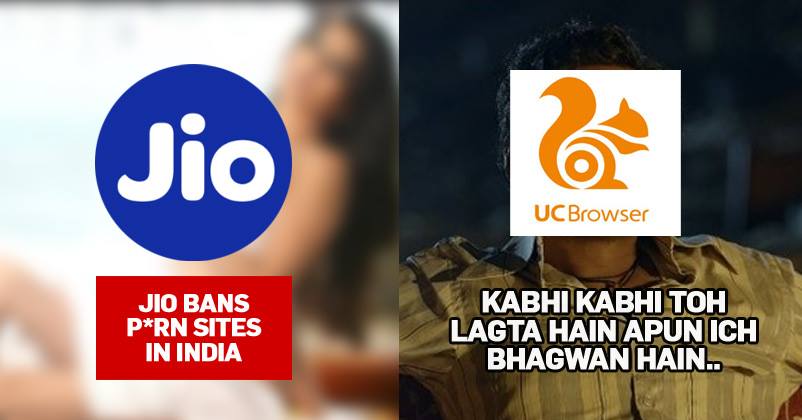 An order to block 827 p*rn websites has been given to all the internet service providers (ISP) by the government of India. This order was passed after Uttarakhand High Court asked the government to block 857 websites having adult content. But Ministry of Electronics and Information Technology (MeitY) found that out of these 857, there are 30 websites that do not have any p*rn content. MeitY received the court’s order on October 8 while it was issued by Uttarakhand HC on September 27.

The Department of Telecommunications instructed all the ISPs to take steps immediately for blocking 827 websites as directed by MeitY and Uttarakhand HC. Reliance Jio has already followed the order and blocked the popular adult websites while other telecom operators such as Airtel, Vodafone, etc. will also be doing the same.

However, people at large are not happy with this decision as they feel that what they should watch and what not should be their choice and not anybody else’s. Some social media users have advised that for accessing adult websites, people should use a VPN (virtual private network) as the ban is at ISP and local level only.

Twitter is flooded with hilarious reactions over this ban. Here are some of the selected tweets:

#India is slowing converting as #northKorea under #bjp first they banned #beef and know they are banning #porn…and later they will ban #freedom #democracy #secularism #FreedomOfSpeech #FreedomOfExpression .#pornban

* [ Me to that tharki person who have a lot HD collection of Study material…] pic.twitter.com/cSfpjdvGiT

If you remember Johny sins and Mia khalifa then your childhood was awesome….#pornban #PornSiteBanInIndia

What is your opinion in this matter? Do you think that blocking websites can really help our society? Let us know your views.