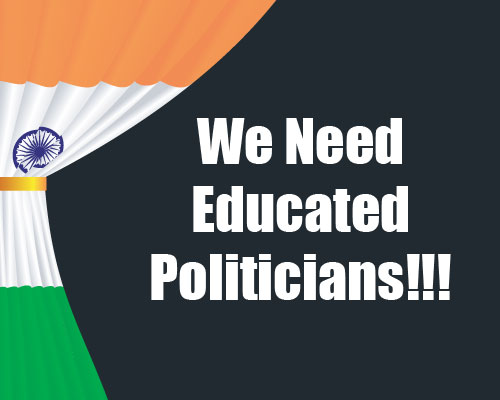 Critics laugh at them for lacking competence to solve complex issues of governance. In absence of formal education, it becomes even more difficult for a politician to implement laws and form a concrete idea about the fundamentals of governance.

So, we decided to bring to you a list of ministers with their educational qualification —

He is India’s current PM. He is only the second CM who is an IITian. The first one being Goa’s ex-CM — Manohar Parrikar. He is a former Indian Revenue Service (IRS) and former Joint Commissioner in the Income Tax Department. He is the head of Aam Aadmi Party (AAP) India’s ex-Pm was one of the most educated PM of all time. But still, he was not able to perform to his full potential.

He is the Congress vice-president. He is the ex Finance Minister. He is the chief of Samajwadi Party (SP). He is current defense minister and was the ex-CM of Goa. He is the current Finance Minister of India. He was the ex HRD Minister. Continue Reading
You may also like...
Related Topics:India, Politicans