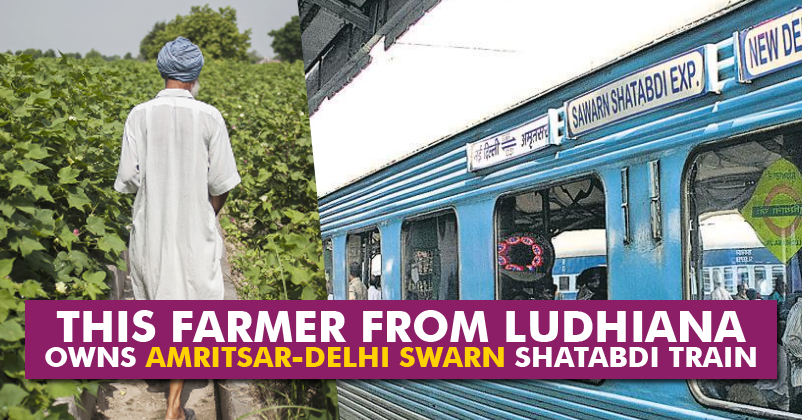 Justice being served to our farmers is usually quite uncommon in today’s world where we can see a lot of news reports with various data on farmers suicide in India. However, this one particular incident with the 45 years old farmer in Ludhiana has now grabbed a lot of eyeballs which has once again restored people’s faith in Indian Judiciary System. Just like how ‘a Lannister always pays his debts’, the Indian court has now decided to direct the Indian Railways to give proper compensation to this farmer whose land was acquired by them. The farmer’s name is Sampuran Singh. The case goes back to the acquisition of land for the Ludhiana-Chandigarh railway line in 2007. Before the train’s arrival at the station, Sampuran Singh along with his advocate Rakesh Gandhi came an hour early to the station. And when the train arrived at 6:55 pm, the court’s order was handed to the train’s driver. The section engineer Pradeep Kumar got the train released on superdari from a court official, thus making the train a property of the court. Sampuran Singh being a simple man understood the gravity of the situation and asked the official not to stop the train “as that will cause a lot of trouble to the passengers”.

When the divisional railway manager Anuj Parkash was contacted regarding this news, he said, “there was some issue relating to compensation amount to a farmer which is being sorted out”. He further added that such orders are usually examined by the law ministry. In a sarcastic tone, he further went ahead and said, “What will the petitioner do with the 300-metre train? Can he take it home?”

So what do you think about the entire episode? Please share your opinion in the comment section below.

Murder Mystery Of Irish Woman Solved! Read The Crime Patrol Story! It Will Give You Goosebumps
2 People Arrested For Not Standing Up For National Anthem, Is National Anthem The Only Criteria?