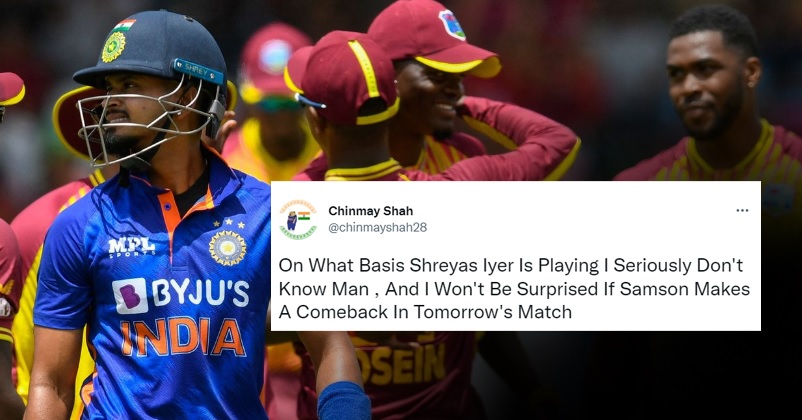 The ongoing 5-match T20I series between India and West Indies is leveled at 1-1 after the hosts won the second T20I match which was played yesterday at Warner Park Stadium, Basseterre, St. Kitts. The hosts chose to bowl first after winning the toss and the decision proved to be absolutely correct as the visitors got wrapped up at the meager score of 138 runs with 2 balls remaining in their innings. 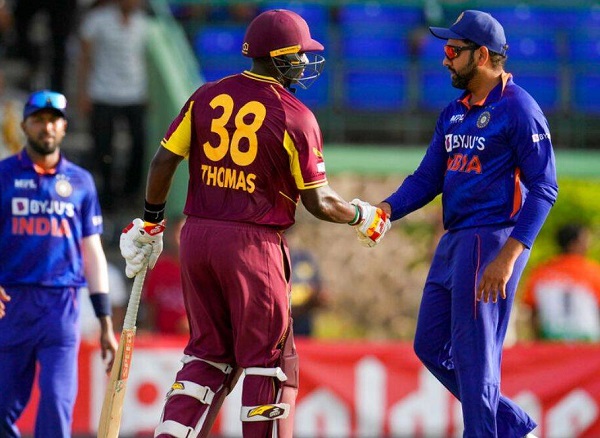 The Indian batting failed from the start of the game as skipper Rohit Sharma got out for golden duck and another opener Suryakumar Yadav could manage only 11 runs (6 balls, 1 six). Shreyas Iyer also got out early as he was able to score just 10 runs in the 11 deliveries that he faced. Though Rishabh Pant (24 runs, 12 balls, 1 four & 2 sixes), Hardik Pandya (31 runs, 31 balls, 1 four & 2 sixes) and Ravindra Jadeja (27 runs, 30 balls, 1 six) made some useful contributions, it was not enough to ensure that India put a good total on the score board. The hero of the last match, Dinesh Karthik (7 runs, 13 balls) also failed and Ravichandran Ashwin (10 runs, 6 balls, 2 fours) too could not make an impact with the bat.

Obed McCoy was the highest wickettaker for his team as he took 6 wickets at just 17 runs in his 4 overs.

Indian cricket fans were pretty disappointed with the manner in which the Indian batters batted, especially Shreyas Iyer as he is not being able to play well in the shortest format for quite a long time now. Even some former Indian cricketers have slammed the coach Rahul Dravid and skipper Rohit Sharma for preferring Shreyas Iyer over Deepak Hooda and yesterday, the Indian fans demanded ouster of Shreyas Iyer from the team and asked the team management to include Sanju Samson in the squad. 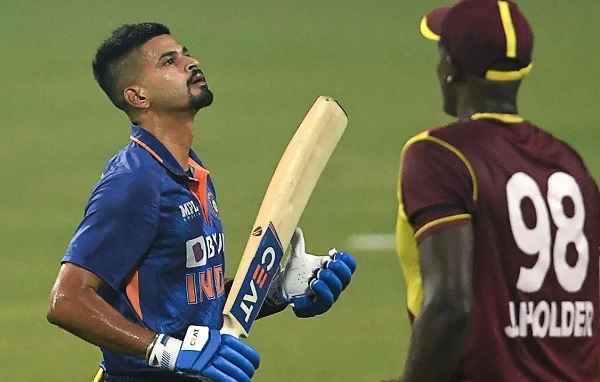 Bro shreyas Iyer u r not made for T20, please accept it, don't try to play T20 for nation's sake #shreyasiyer #WIvIND

@BCCI what's happening with shreyas Iyer?? I think Sanju Baba shld be in playing 11 in place of Iyer…@cricketaakash what's say ??

On What Basis Shreyas Iyer Is Playing I Seriously Don't Know Man , And I Won't Be Surprised If Samson Makes A Comeback In Tomorrow's Match

I don't hear the word "CONSISTENCY" Now bcoz it's not sanju samson batting . To select Shreyas iyer over hooda Or sanju. I will be not surprised if iyer is in the wc team #sanjusamson #IndvsWI #BCCI

Shreyas Iyer mysteriously gets selected in the playing XI even after repetitive failures. Hope team management puts up a brave face in front of Deepak Hooda.#INDvWI https://t.co/cEQHw7k10O

When a pacer comes into bowl
Shreyas Iyer: pic.twitter.com/nktbP8a56p

Wake up @BCCI , wake up @ImRo45 , by now its certain that #ShreyasIyer cannot play moving and bouncing ball!!

Better give chances to #SanjuSamson before world cup who is an asset in T20!#IndvsWI #IndvWI

Thank you Shreyas Iyer.
Now Sanju Samson will play the 3 matches in a row. #IndvsWI pic.twitter.com/753Pm6eU6a

As far as West Indian innings is concerned, opener Brandon King played a superb knock of 68 runs for which he played 52 balls and his innings included 8 fours & 2 sixes. Though the hosts kept on losing wickets regularly still they managed to chase the target successfully with 5 wickets in hand and 4 balls remaining in their innings.

Yesterday’s match started a little late because of delay in luggage arrival but hopefully the third T20I which will be played today at the same venue will start on time.

Salman Butt Takes A Dig At Pakistan Cricket While Praising Dinesh Karthik For His Superb Knock
Chahal Responds To RR Admin Who Hacked His Insta, RR Admin Gives It Back With Dabangg Meme