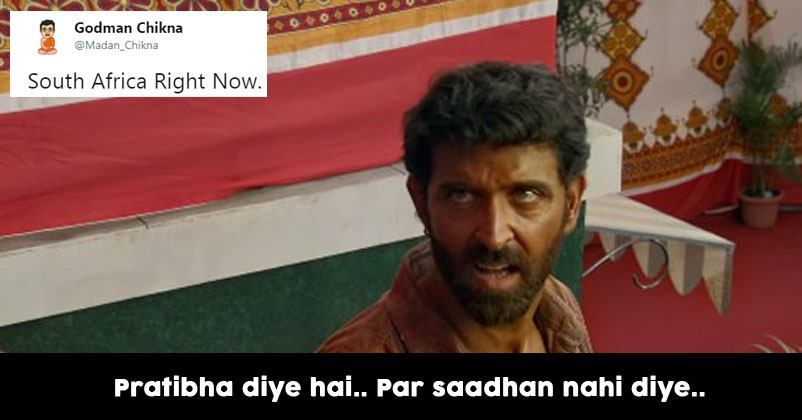 Team India finally went on the field on Wednesday and played against South Africa. The game had its own ups and downs but finally, India won the opening match by 6 wickets at the Rose Bowl Cricket Ground. Rohit Sharma scored 122* off 144 balls and became Man of the Match, while Yuzvendra Chahal bagged four wickets.

Indian cricket fans went crazy over India’s first win in this world cup and funny memes are trending all over the internet praising Virat Kohli and his team. Twitterians are also taking a dig at South Africa who hasn’t won a single match, out of the three it played till now.

None of the South African players looked in their form on Wednesday. They got brutally beaten up by Indian bowlers when they decided to bat first after winning the toss. And they lost the match to clumsy bowling and fielding. They missed some easy catch and this became the topic to memes on the internet.

I went to SBI thrice in last 7 days but couldn't open my account. I feel like South Africa. #INDvSA

Reporter : how are you going to deal with South African Top order?

On World Environment day, India is demonstrating against South Africa how Greenery is disappearing from the world very quickly.#INDvSA pic.twitter.com/ai5NwsxyGx

Jasprit Bumrah Any Batsman in
with ball in hand the world:#WorldCup2019 pic.twitter.com/jKGbJHMwRa

Assam Police Seizes 590kg Of Marijuana, Twitter Lends A Helping Hand Finding The Owner
This Teenager Cancelled Her Graduation Party, The Reason Behind It Will Melt Your Heart