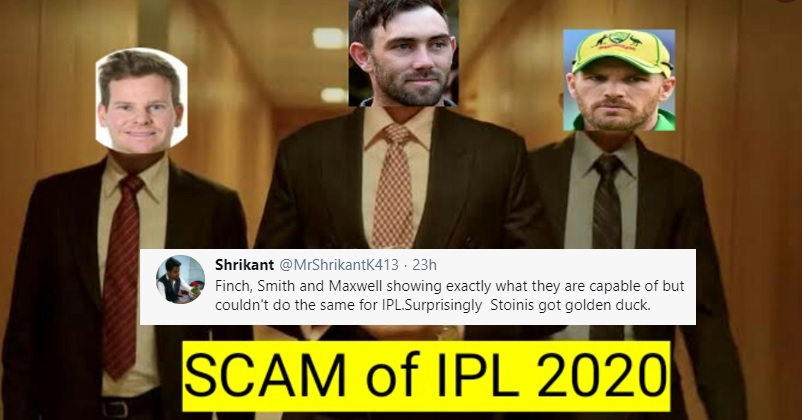 The Australians started the India-Australia 3-match ODI series with a bang by defeating the visitors by a huge difference of 66 runs. The match was played at the Sydney Cricket Ground and the hosts posted a mammoth total of 374 runs after winning the toss. The major contributions were made by the Australian skipper Aaron Finch who scored 114 and Steve Smith who played a smashing knock of 105 runs for which he played only 66 deliveries. David Warner also contributed well as he scored 69 runs whereas Glenn Maxwell produced a quick knock of 45 runs for which he faced only 19 balls. 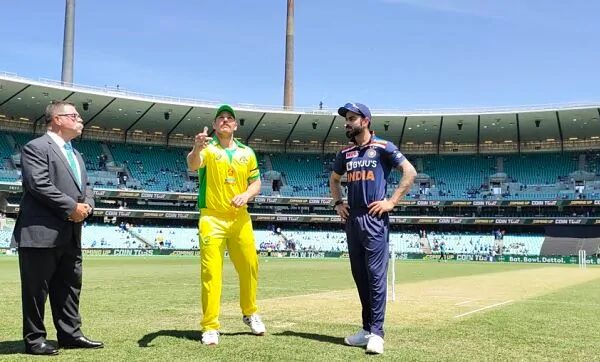 In response, the Indian team was bundled out for 308 runs, the highest scorer for India was Hardik Pandya who made 90 runs and other than him, it was only Shikhar Dhawan who could show some resistance against Australian bowlers as Gabbar scored 74 runs. However, what was noticed by the Indian cricket lovers was the fact that all three Aussies who fired against India – Aaron Finch, Steve Smith and Glenn Maxwell failed miserably in the recently concluded Indian Premier League 2020.

Aaron Finch, the Aussie skipper who scored a ton in the first ODI played for Royal Challengers Bangalore in the IPL 2020 and performed below expectations with a total score of 268 runs in 12 matches. Glenn Maxwell’s IPL 2020 campaign was a huge disappointment for Kings XI Punjab IPL franchise as he scored only 108 runs in 13 matches and it must have been very hard for KL Rahul, the skipper of KXIP as he was keeping the wickets when Glenn was hammering the Indian bowlers in front of him.

Bittersweet seeing Maxwell do what he does best 🙂#SaddaPunjab #AUSvIND

Steve Smith, another Aussie, was a big failure not just as a batsman but as a skipper for Rajasthan Royals as he scored only 311 runs and the Rajasthan franchise ended at the bottom of the points tally in the tournament. The official Twitter handle of Rajasthan Royals also took a jibe at Steve Smith with this meme:

Smith scores 50 but against India pic.twitter.com/fcTvMuyCUs

Not just the Indian cricket fans but the former cricketers and commentators also took to Twitter to express their disbelief after seeing these Aussie cricketers performing great against India.

Here is the reaction from Harsha Bhogle:

People : Maxwell and finch why didn't you perform well in IPL ?

Finch, Smith and Maxwell showing exactly what they are capable of but couldn't do the same for IPL.Surprisingly Stoinis got golden duck.

IPL story if them summed up : pic.twitter.com/qmRMOBVe2L

Today kohli after seeing finch performing good in aus team but not in rcb..
And KL rahul after seeing Maxwell performance… pic.twitter.com/pMy3kaBHDM

A. Finch, Steve Smith, Maxwell in

KL Rahul and Virat Kohli on seeing Maxwell and Finch suddenly get back in form after IPL. pic.twitter.com/veDt3oDwXB

What are your thoughts in this regard? Let us know.

Fans Slam BCCI For Spoiling New Jersey With Ads, Call It BYJU’s Vs Australia Instead of India
BCCI Finally Clears All The Confusion On Why Rohit Sharma Didn’t Travel To Australia