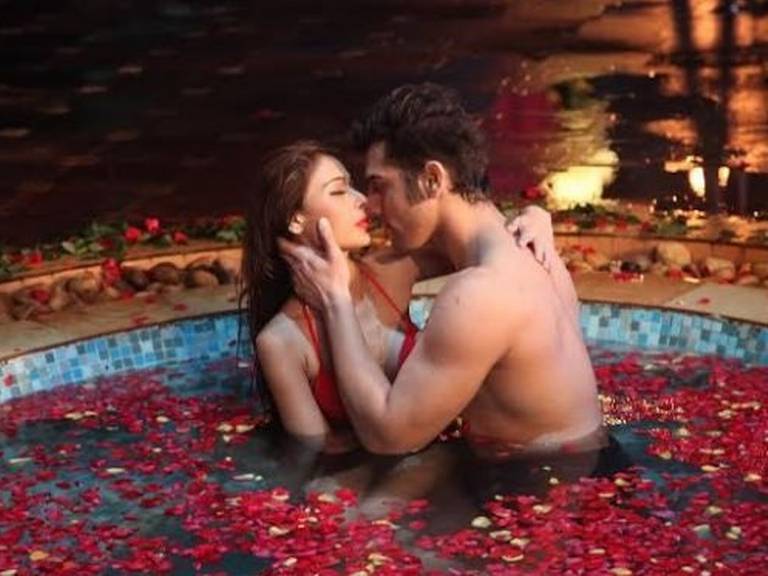 In glamour world even a bad publicity is considered good for stars. Many of them from the telly world keep us with juicy controversies that we all love to see. Their controversial stories go hand-in-hand that can’t be separated. Thus, we have listed few India’s Top Most Controversial TV Couples

You will either Love or hate them, but it’s just impossible to ignore both. They became popular from the telly show Bigg Boss 7 and the winner for this was Gauahar Khan. Her love with Kushal Tandon’s has juicy romance, drama and action.

They made a controversial statement by saying the relationship started with just one night stand. Also Kashmira said her dog loved more than boyfriend- Krushna. Thus they know all the tips and tricks to be talk of the town and be always in new. They are now in live-in relationship and seen with lip locking in many parties. They were caught at rave party and were recently seen at Bigg Boss 7.

They married on the national TV at the show “Rahul Dulhaniya Le Jayega” March 2010. This gained them limelight, but few months after marriage Dimpy made a headline saying Rahul Mahajan abuses her physically. Sara Khan with Paras Chhabra has been seen kissing on one of the TV show and also lip locking in some public places. They were also spotted at flights, parties, and many events. They both got married on the popular show Bigg Boss and since then have been in controversy. While Sara’s parents said they were already married by leaking their marriage photograph and marriage certificate. Raja Choudhary is popular in news channel for any wrong reason. When Shweta was in Bigg Boss he was drunk and broke into her house to slap her boyfriend Abhinav Kohli. Rakhi who is popularly known as Controversy queen chose Elesh to get married in reality show named Rakhi Ka Swayamvar. They got engaged on finale episode and had announced to marry soon. But, Rakhi finally broke up with Elesh by saying they aren’t compatible.