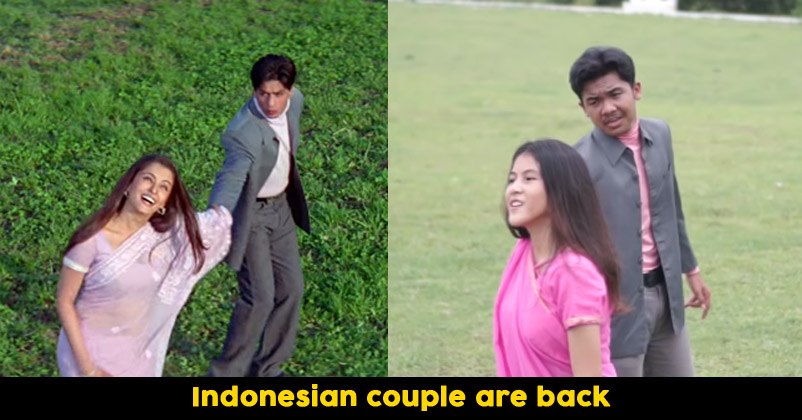 Shah Rukh Khan is the king of hearts not only in India but around the world. The fans from across the globe pay their tribute to King Khan time and again. About a month ago a video went viral which was a recreated version of Shah Rukh Khan starrer Kuch Kuch Hota Hai title song. This time the fans have come up with another tribute. These Bollywood fans have recreated the song Humko Hami Se Chura lo from the 2000 blockbuster film Mohabbatein helmed by Aditya Chopra.

Six actors have recreated the iconic song shot by shot and they had imitated the same on-screen romance and the chemistry of Shah Rukh Khan and Aishwarya Rai Bachchan. The actors not only dressed as Raj Malhotra (Shah Rukh Khan) and Megha (Aishwarya Rai Bachchan), they also imitated their expression and wore the same colors of costumes, which were worn by Mohabbatein cast in the song.

The video has garnered 16,641 views overnight and numbers are increasing fast.

After A Nasty Breakup, Boyfriend Blames Girlfriend For Failing In His College Exams
Twitter Comes Up With Hilarious Memes On Kabir Singh Trailer