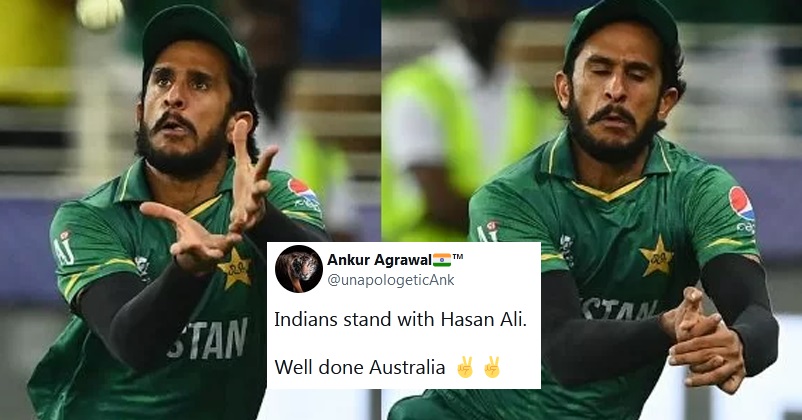 The Pakistani cricket fans must be pretty disappointed as their team failed to secure place in the finals of the ICC T20 World Cup 2021 because yesterday Pak got defeated by Australia in the second semi-finals which was played at Dubai International Stadium. The Pakistani cricket team played pretty well in the tournament as it won all its league matches and was the favorites to win the trophy. 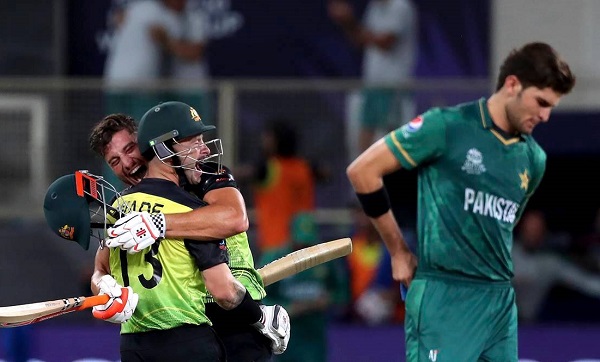 As far as the match is concerned, Pakistan gave a target of 177 to the Australian team which the latter achieved with one over remaining in its innings. There was a time when Pakistan seemed to be in complete control as the five top-order Aussie batsmen were back in the dugout at the score of 96 but Marcus Stoinis and Matthew Wade ensured that they take their team home as winners.

However, things would have been different if Matthew Wade wasn’t dropped on the score of 21 by Hasan Ali as after that, he hit three straight sixes on the bowling of Shaheen Afridi and won the match for his team.

Soon the Pakistani cricket fans started trolling and abusing Hasan Ali for dropping the catch and there were some who targeted him for being a Shia muslim. If this was not enough, some people started abusing him because he is married to an Indian woman and all type of cheap comments were made on his social media handles. 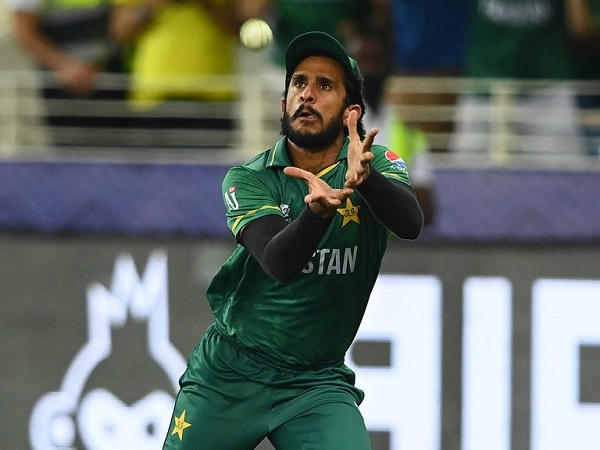 What made things worse was that the Pakistani skipper Babar Azam said that the catch dropped by Hasan Ali was the turning point of the game and things would not have been the same if he had taken it. However later on in the press conference, Babar Azam also said that Hasan Ali was very upset and he would give full support to the pacer who has helped Pakistan in winning many matches.

Hasan Ali got support of the Indian cricket fans and #INDwithHasanAli started trending on the micro-blogging site Twitter. Here are some selected reactions:

We are very pained to know that #Pakistan Cricketer #HasanAli(@RealHa55an) is being targeted for being a #Shia Muslim & also because he married an #Indian Samiya Arzoo. Pakistanis' intolerance & hatred is despicable & I hope @ImranKhanPTI gives enough security. #INDwithHasanAli pic.twitter.com/vyTtNMsuNe

Given the kind of vicious threats that he has received, Pak cricketer Hasan Ali should immigrate to Iran.
He and his Indian wife are not safe in Pakistan.
Is anybody safe in Pakistan?#INDwithHasanAli

Everyone can't be #viratkholi or #MSDhoni .
Our #captains were Legends. They take all blames, they back their players not like #BabarAzam .
This is disgusting to see a #captain blaming his boys. #PAKVSAUS #Pakistan #Hasan_Ali #Karma #INDwithHasanAli #ShaheenShahAfridi pic.twitter.com/oz7n4hGmRY

Why Sunni Muslim Shaheen Afridi not being trolled for giving 21 runs in penultimate over with 3 Sixes hit by Wade? Because Hasan Ali is Shia Muslim & his wife is Indian.

Shame on Pakistan, Pakistan Cricket & Pakistanis for not standing with Hasan#INDwithHasanAli#PKMKBForever

Dont abuse him. felling sad for him.

We Indians are with Hassan Ali, he is being Targeted for being a Shia muslim. So sad! I don't know when these Pakistanis will become mature!😔#INDwithHasanAli pic.twitter.com/Zic4TDGqS0

#INDwithHasanAli
Dear Hassan Ali
Not 200 million people of Pakistan but 135 crore people of India are now with you and have become your fan.

Some cricket lovers also questioned why Shaheen Afridi is not being said anything despite the fact that he was not able to contain the Australian batters.

Well, dropping catches or getting hit for sixes is something that happens in the game of cricket and cricketers are also humans so trolling a player for dropping catches is really pathetic.