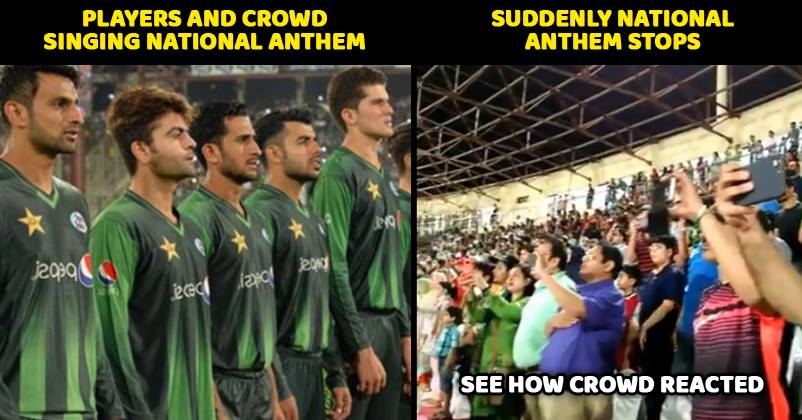 Some people are too passionate for cricket & can go to any extent to enjoy the game. After 9 years, an International cricket match was played in Pakistan but it all started on an embarrassing note. 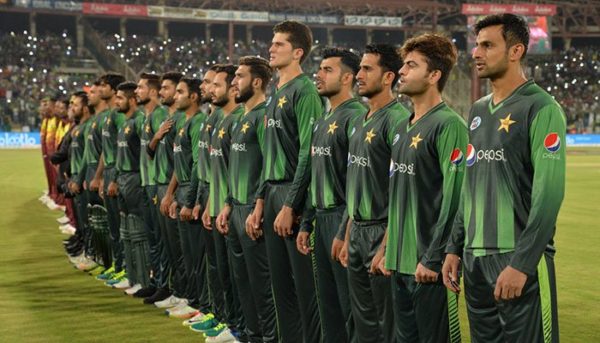 Yes, Pakistan Cricket Board was about to get embarrassed but then, it was the fans who saved it from an insulting moment. Well, when the Pakistani National Anthem was being played, the sound system suddenly went off. It happened all of a sudden &was no less than an “Insult”

This happened during the T-20 match between West Indies and Pakistan in Karachi. Around 25,000 people were present in the stadium and were singing the National Anthem aloud.

Although the system malfunctioned, fans saved it. Want to know what they did? Well, they continued singing the anthem in a loud tone and in a very synchronized manner.

Sources said, “The power supply of sound system stopped working suddenly and it happened during the anthem so no one was in a position to immediately repair it.”

Here’s the video of that moment;

The Pakistan national anthem…HALFWAY THROUGH THE AUDIO STOPPED AND THE PEOPLE COMPLETED IT!!! #PAKvWI #cricket pic.twitter.com/Wh4lj6X4AI

It’s glad to see such country-lovers; they didn’t let the committee suffer from any bad moment.

Sehwag Trolled Chris Gayle Like Never Before & Gave Him A Nickname Too. Even Chris Replied
Dhoni Marched In Army Uniform To Collect Padma Bhushan. Indians Loved It