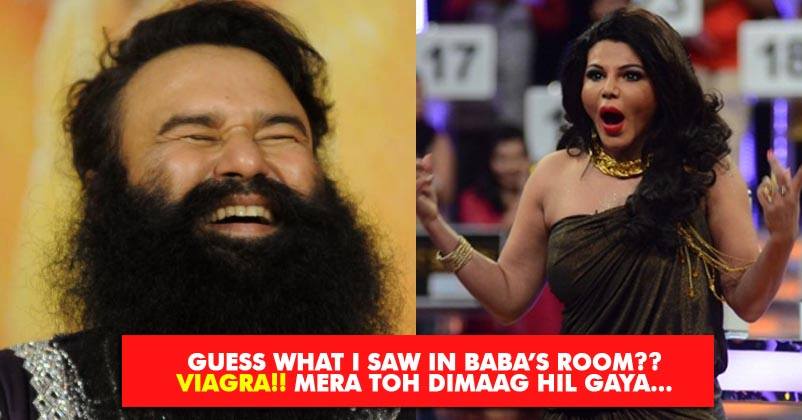 After Gurmeet Ram Rahim was sent to the jail for 20 years, Rakhi Sawant has announced a biopic on the Baba. She along with the team has in fact finalized the cast of film and has started the shooting too.

Rakhi tells, the film will be titled, Ab Insaaf Hoga… Bewafa Item and she will be seen in the role of Honeypreet Insan. 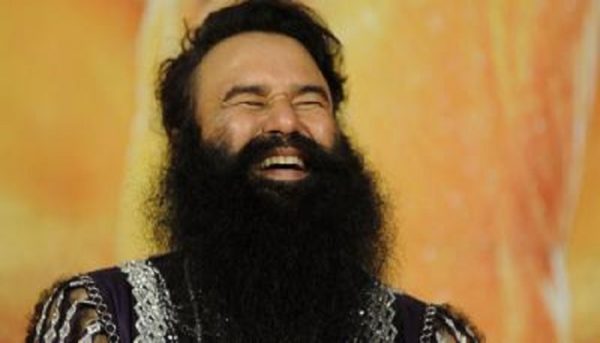 During an interaction with The Quint, Rakhi Sawant revealed the idea behind the film and unveiled many secrets of Gurmeet.

She claimed to have met Gurmeet Ram Rahim in hotel JW Mariott and said she was shocked to see viagra in her room.

“I was once invited to the Marriott to meet Ram Rahim by his secretary C P Arora and guess what I saw in Baba’s room? Viagra! What was Viagra doing in a godman’s room? Mera toh dimaag hil gaya (my mind was boggled). I decided that I will expose him one day, so here I am.”

Talking about starting the film all of a sudden, she said-

“I agree it all happened suddenly. But I felt we needed to expose Ram Rahim and his so-called daughter’s kale kartoot (evil deeds) so that the public doesn’t fall for such evil godmen. When my brother came up with the idea I immediately latched on to it. Yes , my brother Rakesh Sawant is directing the film. We’ve named the film Ab Insaaf Hoga. We shot an item song Bewafaa (she sings the opening line and we go wow!). The film will be called Ab Insaaf Hoga… Bewafa Item.”

Talking about how she is the best person to expose Ram Rahim’s secrets, she said-

“Yes, I’ve known them well for years. I am best qualified to expose Ram Rahim and his so-called daughter. Initially I was introduced to them as father and daughter. Lekin bahot jald hi mujhe daal mein kuch kala laga (very soon I realized that something was amiss). There was nothing father-daughter about their behaviour. I also visited Sirsa, to see Baba’s secret gufa (cave). He told me he performs all his pujas there. Later I came to know that this is where he rapes all those poor innocent children. I was so shocked and repulsed, I didn’t know what to do.” 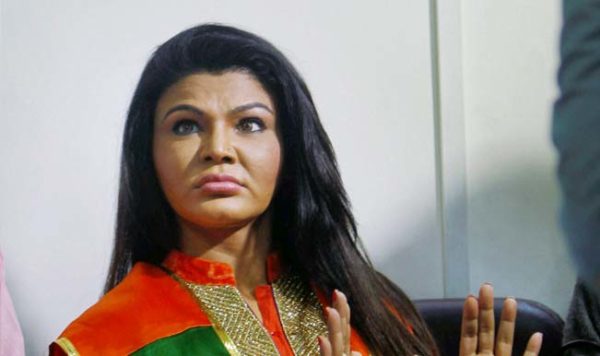 Rakhi blames the parents of all the rape victims in dera. She said-

The children would go back and tell their parents about the kaand (misdeeds) done to them. But the parents would send them right back to this Baba. Do you know why? Because they were bribed. And you know what the bribe was? Daru (alcohol). They would be swinging and swaying drunk, while their daughters were crying for help. This is our India.

She also revealed the narrative of film and said it will begin in jail, where we will see Ram Rahim chakki peeso-ing. As he weeps he recalls his past.

“Then the whole story will be revealed. We’ve found an actor who looks like a carbon copy of Baba Ram Rahim, ekdum ditto. Same hair, walk, talk everything. Audiences will be fooled. They will wonder, yeh kahaan se aa gaya?”