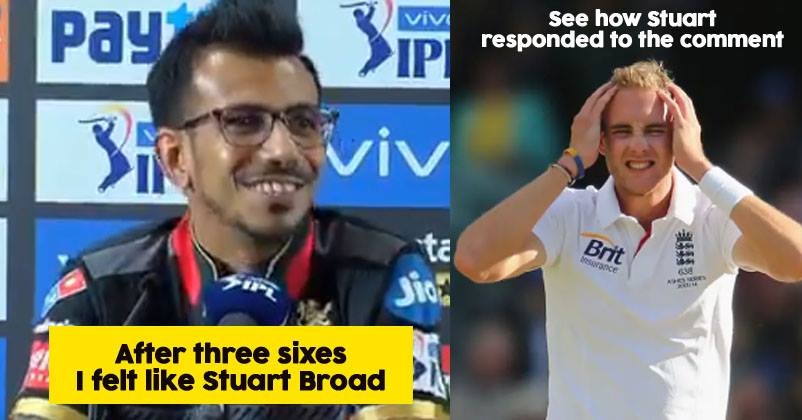 Indian Premier League (IPL) of 2019 is not only full of exciting matches but also is lined up with many controversies and infamous comments to go. Starting with this year’s R Ashwin’s mankading controversy to Lasith Malinga’s no-ball miss by the on field umpires, this IPL is Lit. 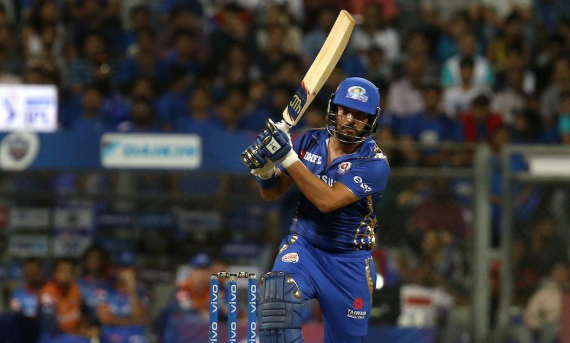 Now, Royal Challengers Bangalore spinner Yuzvendra Chahal got trolled after he spoke about their match against the Mumbai Indians on Thursday. At the after match press conference, he was asked about Yuvraj Singh’s three consecutive sixes.

3 sixes in 3 balls bowling to @YUVSTRONG12 and even @yuzi_chahal feared a repeat of the 2007 T20 WC, before redeeming himself the very next delivery 😎 #RCBvMI #VIVOIPL @RCBTweets pic.twitter.com/RRqxxmrDZw

And this question by the journalist resonated and brought back old memories for Chahal. He said that he felt like England bowler Stuart Broad, to whom Yuvraj Singh gave six sixes back to back, that is six sixes in an over. In the 2007 World Cup, Yuvraj slammed the opposition with brilliant sixes in an over, a whole over by none other than Broad.

"SIX SIXES IN AN OVER, @YUVSTRONG12 FINISHES THINGS OFF IN STYLE!"

That unforgettable over from the 2007 @T20WorldCup! 🙌 pic.twitter.com/j1xakjaaxc

Chahal was referring to the fourteenth over of the Mumbai innings, when Yuvraj gave three superb sixes, bringing back the charm from old times. Now, Chahal while representing RCB, commented that he felt like Stuart Broad, a legendary batsman. He even added that he knew he have to come up with ‘wide googlies’ and give his best of deliveries.

The best was what Stuart Broad himself had to say. He too remembers Yuvraj Singh’s legendary six-hitting over against England. Broad readily came back to reply at Chahal’s jibe by saying hope he too feels like this after ‘437 test wickets’. That is savagely witty.

We all remember how Broad’s over was smashed by our veteran all rounder Yuvraj with six sixes in over when he landed on his wrong side. Now, at present with over four hundred Test wickets to his name, Broad has the perfect reply to give.

Can You Guess The Mystery Girl Who Is There To Support SRH In Every Game? We Found Who She Is.
ICC Released Some New Set Of Rules For The Test Championship. Are These For Real?