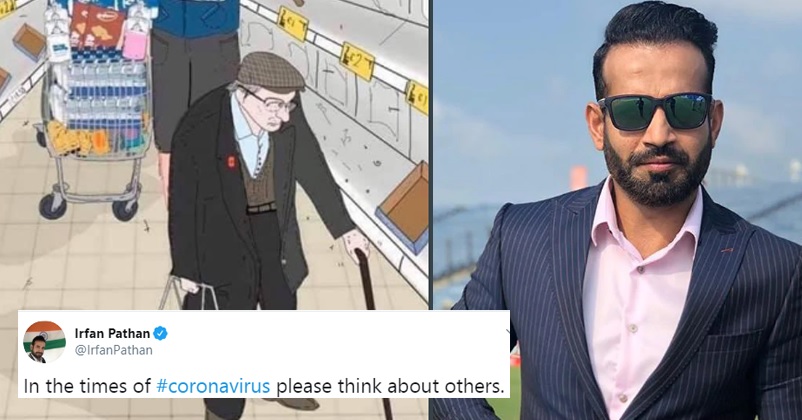 The coronavirus outbreak has brought the world to a standstill as schools, malls, gym, cinema halls, etc. have been closed till March 31 or until the next order is issu ed. The World Health Organization (WHO) has also declared the coronavirus outbreak as pandemic and many countries have sealed their borders in order to ensure that no infected person enters their country. Amidst all this chaos, some people are hoarding commodities so that they can have all the necessary items at home, if situation worsens further and there is a complete lockdown.

Many Indian celebrities have come forward and asked the citizens not to panic as the Indian government has been handling the crisis in a quite effective manner. Now the former Indian cricketer Irfan Pathan has taken to Twitter and asked people to stop hoarding and think about others as well, especially the elders who need support the most. 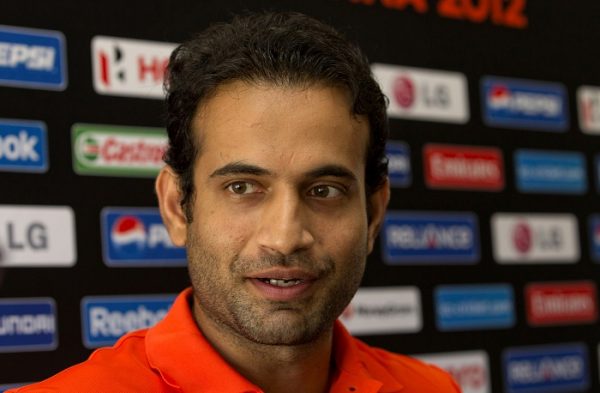 In the tweet, there was a photo which showed an elderly person looking for groceries items but there was none as the couple behind him were stockpiling all the necessary items.

In simple words, this is the reality of today as people are unnecessary acting stupid and creating problems for others. 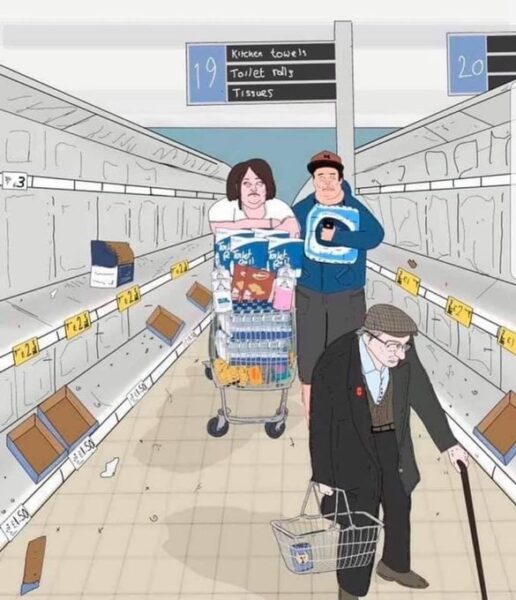 Here is what he tweeted, “In the times of #coronavirus please think about others. Specially elderly who need support the most. Neighbours… Stop #Hoarding”

In the times of #coronavirus please think about others. Specially elderly who need support the most. Neighbours… Stop #Hoarding pic.twitter.com/8RhrMqc6kS

Irfan Pathan got retired some months ago but he made his fans happy once again when he played for India Legends in the Road Safety World Series. In one of the matches against Sri Lanka Legends, Irfan Pathan scored 57 (6 fours, 3 sixers) for which he played only 31 balls and helped his team in winning the match by achieving the target of 139. In this series, the former players of India, Sri Lanka, Australia, South Africa and West Indies participated but after some matches, the series was cancelled due to the coronavirus scare.

Recently, PSL has also been called-off despite the fact that only semi-finals and final were remaining and that too were scheduled to be played in empty stadiums. Indian Premier League 2020 has also been postponed from March 29 to April 15 and there is also news of it getting cancelled but no official confirmation has been made as of now.

We also request our readers to act responsibly in the time of crisis.

Alex Hales Lashed Out At A Journo For Saying He Tested Positive But Later He Deleted Tweet
Chahal Shares A Photo & Asks Fans To Caption It. Danielle Wyatt Responds With Funny Comment