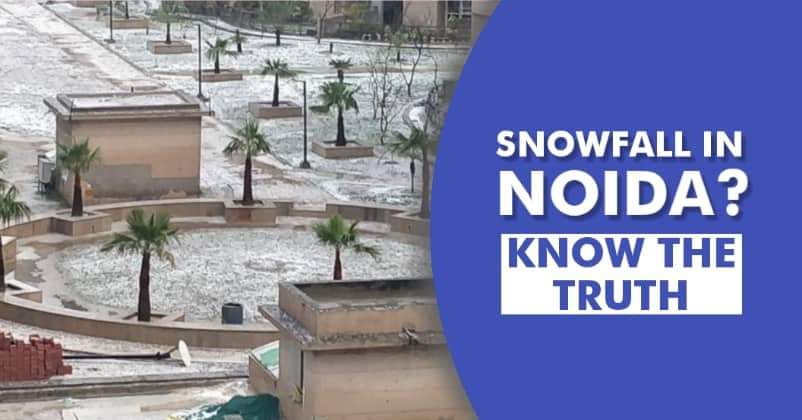 Okay, this is it. The 2019 version of Day After Tomorrow is here, and this is making a lot of us very scared. If you thought that it’s snowing only in Shimla and Manali, you were wrong.

Delhi NCR has been experiencing heavy rains for the past few days, but what no one expected was the hailstorm. Soon, our social media was filled with pictures and videos of roads and cars covered with hail.

The pictures are really beautiful. Check them out:

The Hailstorm was quite strong but it turned roads white, so I'm loving it. 😁#DelhiHailStorm #HailstorminDelhi pic.twitter.com/6fRZfLZbLO

I wish I could pack my bags, and leave for Delhi now. What about you?

Continue Reading
You may also like...
Related Topics:Delhi, Hailstorm, Noida

This Man Says A Degree Is Of No Use If He Has To Sell Eggs, Talks About Job Crisis Under Modi.
There Is Going To Be A New Period Emoji From March, Netizens Can’t Keep Calm.