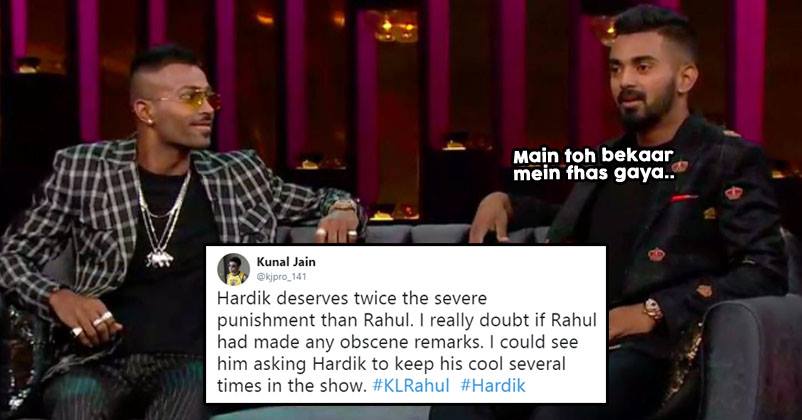 Ever since the Hardik Pandya – KL Rahul episode aired on Koffee With Karan, the duo have been wrapped in controversies with their statements receiving a lot of criticism.

However, it must be admitted that KL Rahul was the more restrained of the two. He barely made a few statements, although we do not pardon his attitude towards women either. 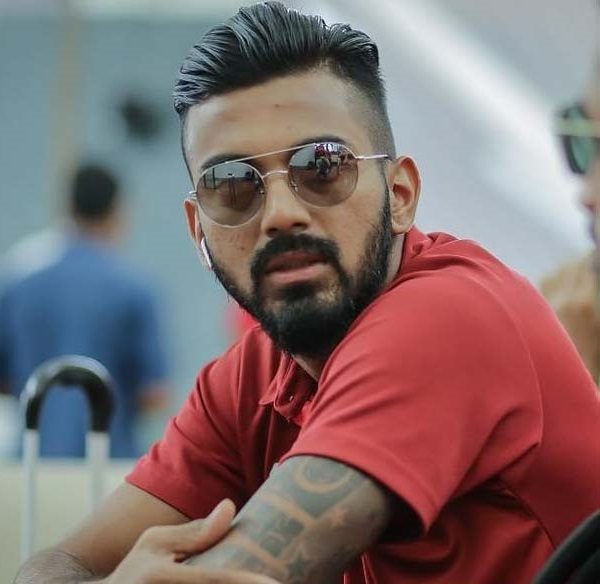 A lot of people are now saying that suspending KL Rahul was unnecessary. Most people feel that while Hardik deserves severe punishment, KL Rahul could have been let off with a warning.

In the Pandya-Rahul case, what Pandya said was crass but by no means heinous that it's being made out to be. And what did Rahul say? And the punishment seems more like a Personal Vendetta now. Someone must intervene to save two young careers#DianaEdulji #HardikPandya #KLRahul

I thought KL Rahul was decent and in proper control during the show hence he doesn't deserve any harsh punishment. Punish them but both don't deserve the same punishment. #HardikPandya deserves a severe punishment than #KLRahul

Making semi nude women dance with all dirty poses in public during IPL is fine but suspending KL Rahul who didn't utter a word against women is fair? @BCCI #KLRahul

Just my thoughts on Hardik-Rahul Koffee with Karan saga. Hardik deserves twice the severe punishment than Rahul. I really doubt if Rahul had made any obscene remarks. I could see him asking Hardik to keep his cool several times in the show. #KLRahul #Hardik

Not understanding why #KLRahul’s name is being dragged time and again for no fault of his other than being on the show. He comes from a well educated background.

I too felt sad for #KLRahul, But there is only a thin line between being BOLD and being an A**HOLE. I think anyone can recognize, which side @hardikpandya7 falls!

What is the fault of @klrahul11 ? @BCCI #KLRahul #HardikPandya
I thought we have freedom of speech in India! 🙄 @hardikpandya7 .
Half of the people would have not watched the show, who are commenting against them😹

KL Rahul violated BCCI's conduct of conduct by partying till 5 when there's a game the next day. Not the first player to do it, not the last, just the first to admit it. #KLRahul @CSKian716 @imaishu_

I thought KL Rahul was decent and in proper control during the show hence he doesn't deserve any harsh punishment. Punish them but both don't deserve the same punishment. #HardikPandya deserves a severe punishment than #KLRahul

#KLRahul #BCCI #hardik
Plzz dont take any action against kl as kl has not used any word against women ….Kl is the gift for India#savekl@pandyarahul@imVkohli

Do you also feel the same way?

This Mother Daughter Duo Is Recreating Celebrity Looks In The Best Possible Way. The Pictures Are Adorable.
Ranveer Singh Makes A Candid Confession About Anushka Attending His Wedding Reception, It Will Melt Your Heart.