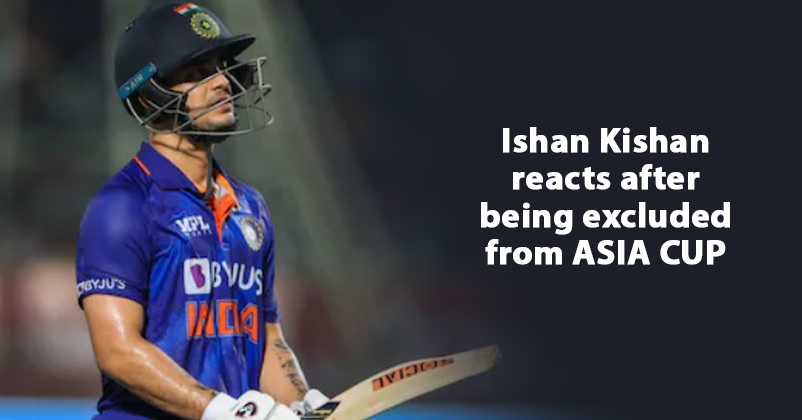 There is no denying the fact that Ishan Kishan is one of the most talented young Indian cricketers of the present times and he was a part of the Indian national team for quite some time but the selectors chose not to consider him for the Asia Cup 2022. 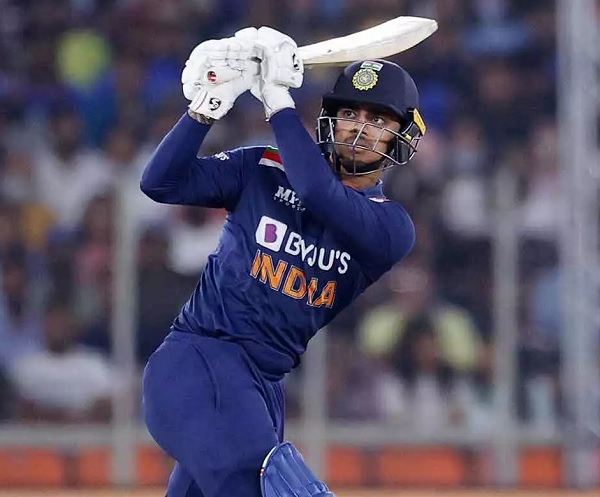 Ishan Kishan plays for Mumbai Indians in the IPL and he made all the heads turn when MI spent a huge amount of around Rs. 15 crore on him during the mega auctions of the IPL 2022. However when MI performed poorly in the tournament, many were of the opinion that though Ishan Kishan is a good player yet the Mumbai franchise made a mistake by spending such a huge amount on him because it limited MI’s options in the mega-auctions.

After failing in finding a place in the 15-member squad for the Asia Cup 2022, Ishan Kishan took to Instagram and posted some motivating lines from Bella – Humble Poet, a rap song on his Instagram story, 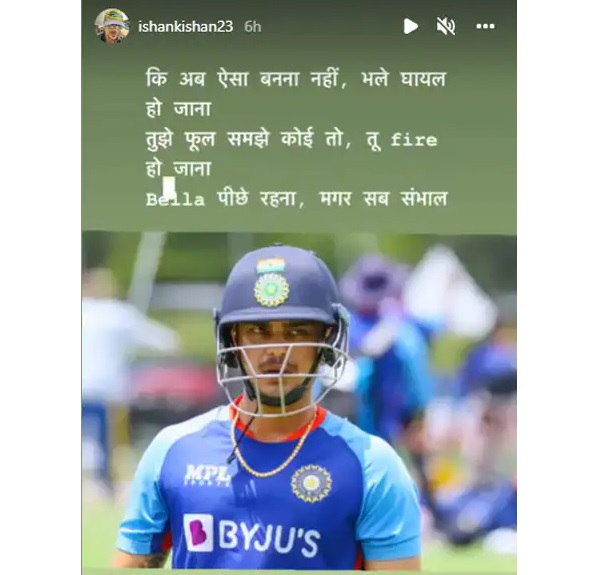 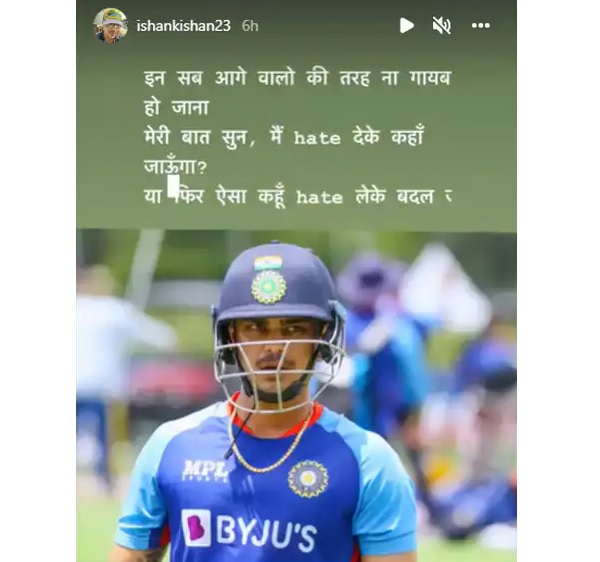 Ishan Kishan hasn’t got many opportunities in the recent past as he played only one T20I against both – England and West Indies and in those matches, he was not able to perform well.

The former skipper Virat Kohli and KL Rahul are making a comeback in the team for the Asia Cup but Jasprit Bumrah and Harshal Patel are missing from the squad because of injuries. Another omission that has disappointed the Indian cricket fans is of Sanju Samson and people ruthlessly slammed the BCCI and selectors for going for preferring reputation over form.

We hope that both the cricketers stay positive and make a comeback in the team soon.

“#MeraPichaChorhoBehen,” Rishabh Pant Hilariously Trolls Urvashi Rautela After Her Interview
Shubman Gill Has A Perfect Reply To The Haters Who Criticize Him For His Batting