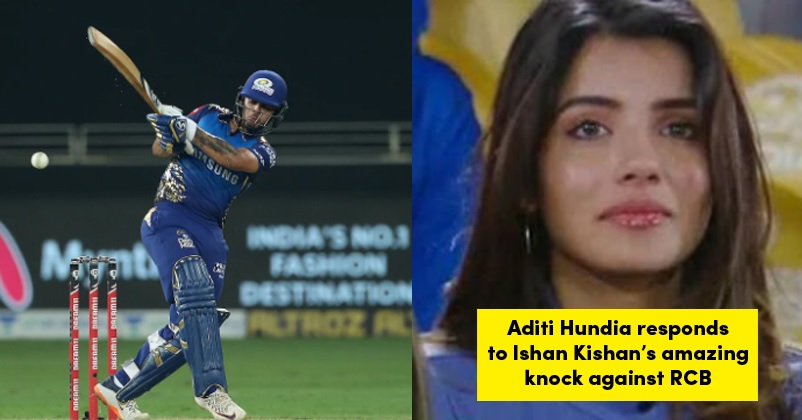 The defending champions Mumbai Indians (MI) are not having a good time in the IPL 2020 as they have already lost 2 matches out of the 3 that they have played. MI played their third match of the tournament on Monday against Virat Kohli led Royal Challengers Bangalore (RCB). The match was a close one and RCB clinched victory in the super over. 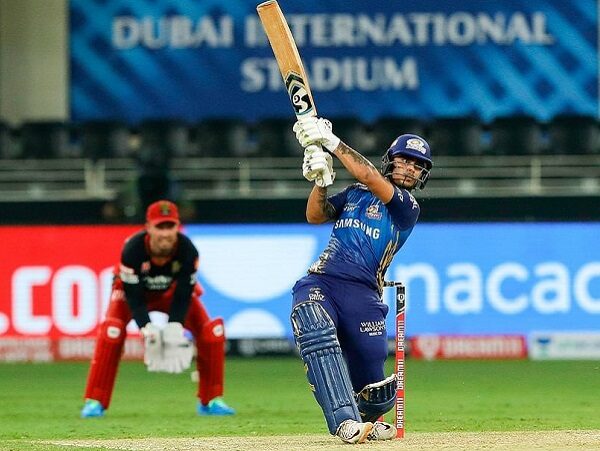 Ishan Kishan, the wicketkeeper-batsman, was supposed to sit on the bench in the match against RCB but he was lucky enough to be included in the MI squad when Saurabh Tiwary was declared unfit for playing. The IPL 2019 was not a great one for Ishan so this time he didn’t want to miss the chance of proving himself when he got the opportunity. Ishan played a superb innings of 99 runs for which he played 58 deliveries. He must be disheartened after his team lost the match and for also missing his century just by one run. 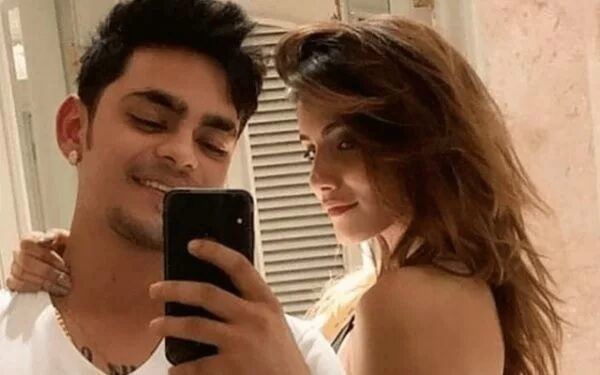 Nevertheless, his rumoured girlfriend Aditi Hundia did something to calm him down. She took to her official Instagram handle and posted a screenshot from the game when Ishan was walking towards dugout after getting out and wrote, “I am so so proud of you baby.” 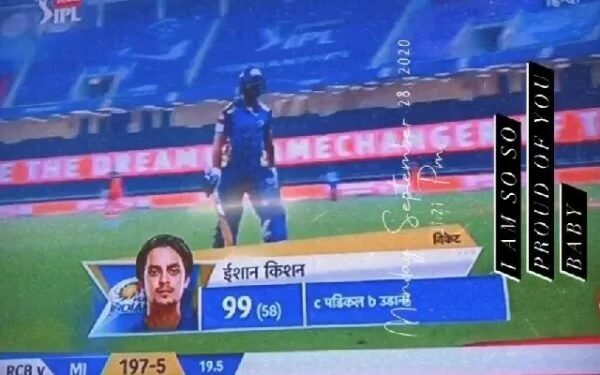 There is no doubt that Ishan’s teammates and fans would also have been proud of him because he along with Kieron Pollard made a great effort for his team.

Batting first, RCB posted a huge total of 201 on the board, though skipper Virat Kohli had a bad day once again but Devdutt Padikkal (54) and Aaron Finch (52) gave a solid start to the RCB innings. AB de Villiers used this opportunity to the maximum and scored 55 runs in just 24 balls and he was well supported by Shivam Dube who smashed quick 27 runs in just 10 balls.

Mumbai Indians didn’t have a good start and they kept on losing wickets regularly until Ishan Kishan and Kieron Pollard came up with a solid partnership. However, MI fell short by one run while chasing the target and the match went into super over, the result of which went in favor of the Bangalore franchise.

10 Interesting Facts About Latest Cricket Sensation Rahul Tewatia That Fans Would Love To Know
Rahul Tewatia Opens Up On His Brilliant Knock In RRvsKXIP, Says “I Was Looking For One Big Hit”