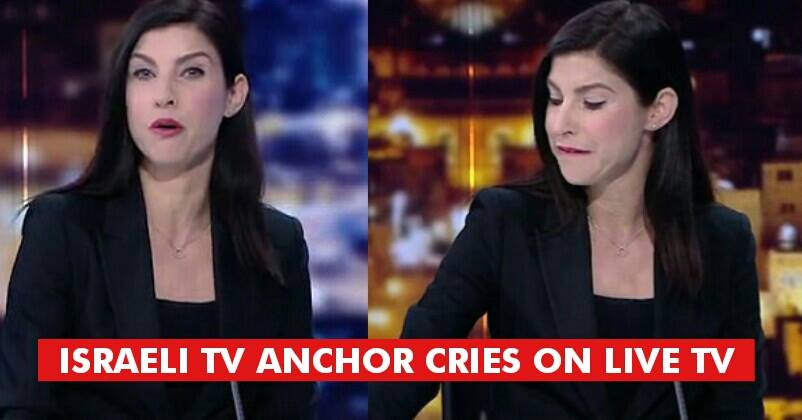 When we are too attached to our job, we can’t hear a single bad thing about it, right? It becomes like a second family for us and that emotional bonding gets stronger day by day. What if you hear that your company is closing down? How would you react? We are sure you’ll get too emotional, & this is exactly what happened with an Israeli news anchor.

Guela Even, an Israeli TV anchor broke down on air as she came to know about the govt notice demanding a sudden shutdown of the 49-year-old channel. The video of the anchor is going viral on the Internet and it feels bad to see her fighting with tears during reading this news live.

Check out the video-

“We are now getting breaking news, a statement in Parliament…Actually, tonight will be our last news programme. This is our last edition, so the rest of this programme is irrelevant.”

“And at the end of the day, a lot of people are going to lose their jobs. I hope they find new jobs and public broadcasting continues to be strong. And if it exists in a different format.” As per Times Of Israel, David Hahn, the Official Receiver of the Justice Ministry, announced on Tuesday evening in a Knesset committee that Channel 1 would be shut down on Wednesday morning, as part of the changeover to replace the Israel Broadcasting Authority TV station with a new publicly funded entity, known as “Kan.”

The employees of the first news channel in the State of Israel, who had thought their last broadcast was to be on May 15, closed the nightly news with a rendition of the “Hatikvah” anthem, with many weeping openly.

Well, whatever happened was very saddening. Our sincere thoughts are with the whole team who lost the work all of a sudden.

Continue Reading
You may also like...
Related Topics:israel, World

Even Though You Are Angry With Bieber, You’ll Respect Him After Knowing What He Did Before Concert
Dwayne “The Rock” Johnson Eats Like A KING! The Amount Of Food He Consumes Daily Is Unbelievable!