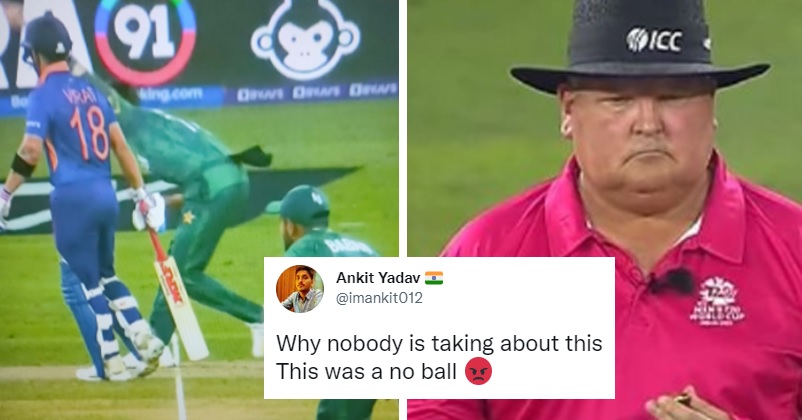 The Pakistan cricket team finally broke the jinx of losing matches to team India in the World Cups by winning yesterday’s match which was played at Dubai International Stadium. Earlier, India and Pakistan played against each other 7 times in the ODI World Cup and 5 times in the T20 World Cup and team India emerged as the winner every time but yesterday Pakistan finally managed to win a match against India in the T20 World Cup. 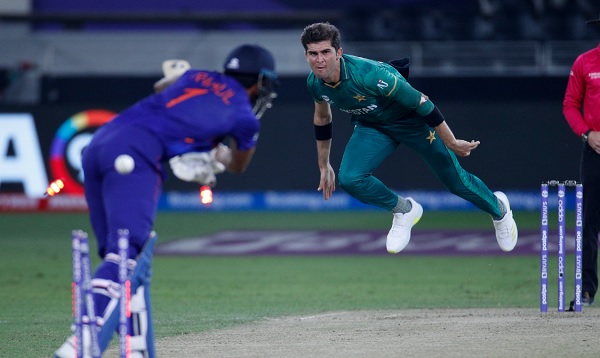 The Pakistani bowler Shaheen Afridi was literally on fire as first he dismissed Indian opener Rohit Sharma for a golden duck and then in his second over, he dismissed another Indian batter KL Rahul. However, a controversy has erupted now as people are sharing an image on social media which shows that Shaheen Afridi overstepped while bowling the delivery on which he got KL Rahul out, this means that KL Rahul got out on a no-ball. 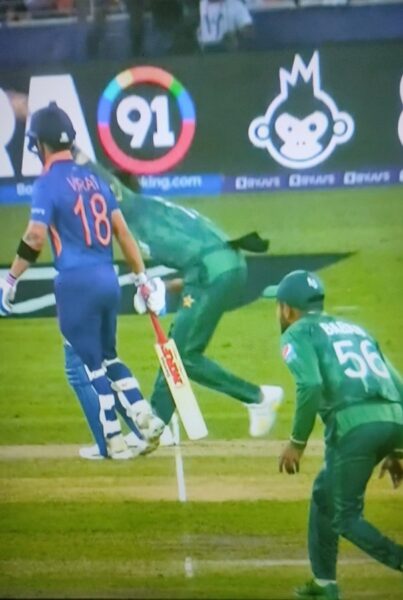 The online users were quite annoyed and frustrated as this type of careless umpiring at such a high level is not acceptable.

This is how netizens expressed their wrath on Twitter:

How in the world this not a no ball ? pic.twitter.com/aI3v3fryTe

Disappointing match from Indian team. But one no Ball was not given by umpire KL Rahul was not out.

@coolfunnytshirt Rahul's wicket was on a no ball….. @pratyush_pankaj pic.twitter.com/tb2Aitg7Yp

Why nobody is taking about this
This was a no ball 😡#KLRahul pic.twitter.com/X61Uf9TFKJ

@BCCI @PMOIndia @imVkohli @ICC KL Rahul has been given "OUT" on a no ball. pic.twitter.com/rnITWi5pjm

As far as the match is concerned, the Indian skipper Virat Kohli played a good knock of 57 runs (49 balls, 5 fours & 1 six) and he was well supported by Rishabh Pant who scored 39 runs (30 balls, 2 fours & 2 sixes). The Indian team scored 151/7 in its 20 overs which is a decent score but Pakistani openers Mohammad Rizwan (79) and Babar Azam (68) made a mockery of the Indian bowlers as they produced a partnership of 152 runs for the first wicket and won the match for their team with 13 balls remaining. Shaheen Afridi was adjudged as the player of the match for his lethal bowling as he took 3 wickets and gave 31 runs in his four overs.

This was certainly one of the biggest defeats faced by the India squad and hopefully the team will improve its performance from the next game.

Virat Kohli Hits Back At Journo Who Asks About Replacing Rohit Sharma With Ishan Kishan
Sehwag, Irfan & Yusuf Pathan Support Shami, Slam Haters Who Abused Him Over Failure In INDvsPAK