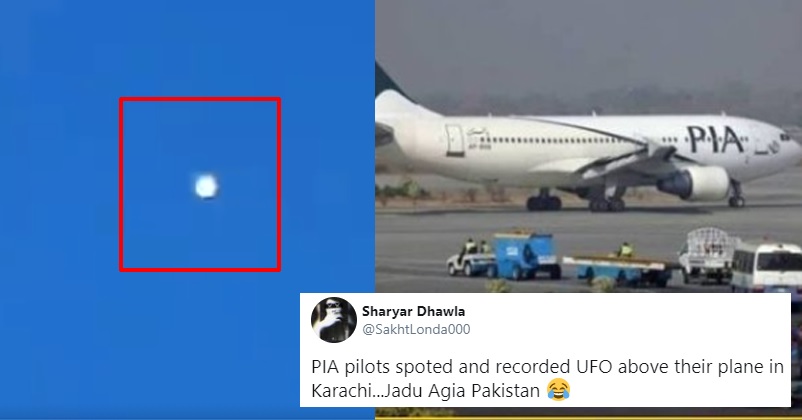 One question that has always intrigued us is whether we are alone in this universe or there is life on some other planets as well and if aliens exist, when we will be able to come in contact with them. Well, there have been incidents which indicate towards the existence of aliens, such as sighting of unidentified flying objects (UFOs), etc.

On Saturday, a pilot of Pakistan International Airlines (PIA) claimed that he saw a UFO while he was flying a domestic flight. This incident took place during a domestic flight from Karachi to Lahore near a city called Rahim Yar Khan. As per the pilot, it was a very shiny UFO despite the fact that sunshine was also pretty good and the pilot feels that it can’t be a planet but may be a space station or any artificial planet. 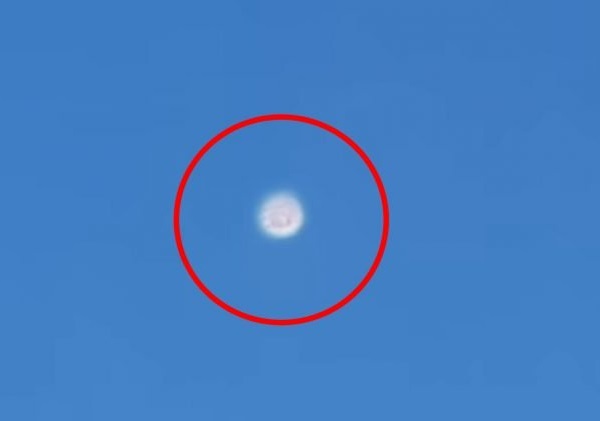 The authorities have started investigating as to what was viewed by the pilot in the sky. The video that was recorded by the pilot soon went viral on the Internet and people started expressing their opinion in this regard. While some were hoping to see aliens soon, several others added humour in this matter and here are some of the selected reactions:

Pakistan Airline pilots spotted and filmed A shiny #UFO. Crew of flight pk304 recorded the video while flying between Multan and Sahiwal. Spokesperson for the Airline has confirmed the incident, “at this time we don’t know what the object was”. authorities investigating. pic.twitter.com/Lotbkw2vCi

So, PIA Pilots reportedly had a UFO sighting on Sunday at over 35000 feet where they saw a round object emitting light from the centre. #Pakistan

Pakistan International Airlines (PIA) pilots have spotted and unidentified flying object (UFO) flying at 35,000 feet above Karachi.
The flight crew immediately started filming the object and after landing found that similar sightings had been reported in the past across the world pic.twitter.com/jvu8UI5BUh

On Sunday, Pakistan International Airlines (PIA) pilots spotted a “foo fighter” in the skies of Karachi.

Pakistan; UFO spotted in the sky.

It is a circular object moving in fast speed. pic.twitter.com/xwisSGddfD

Meanwhile in Pakistan
Aliens waiting for PIA pilot to stop filming their taxi (UFO) and take off on time! #ufosighting #PIA #alien pic.twitter.com/5ELbXjwDke

I don't know whether this is a news or a joke.
Seeking words Pakistan & UFO in a single sentence makes me laugh. 🤣 https://t.co/2KdRN6vi12

UFOs spotted flying away as Pakistan PM was 'requesting' loans from Aliens. https://t.co/zE9KOu9ZAL

Aliens and UFO finally make their way to Pakistan. We’ve been waiting !! https://t.co/LR7nOWlFv3

Though it is not the first time that a UFO has been sighted, the truth should certainly come out as people should be sure of the fact whether aliens have landed in Pakistan or not. What do you have to say about it?

Online Review: A Solid Strategy To Improve Your SEO In 2021
India’s First Ever Igloo Café Opens In Kashmir & Pics Will Make You Want To Visit It Right Away