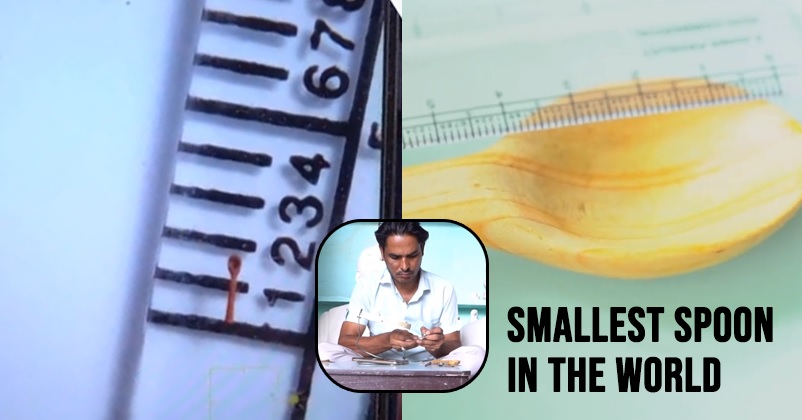 India is a country full of talented people, many of them have made wonderful records and few of them have also got their names registered in the prestigious Guinness World Records.

Recently, a sculptor from the Indian city of Jaipur has got his name registered in the Guinness World Records for making the smallest wooden spoon of the world. The name of the sculptor is Navratan Prajapati Murtikar and the size of the wooden spoon created by him is 2mm (.07 inches) which is smaller even than a grain of rice. 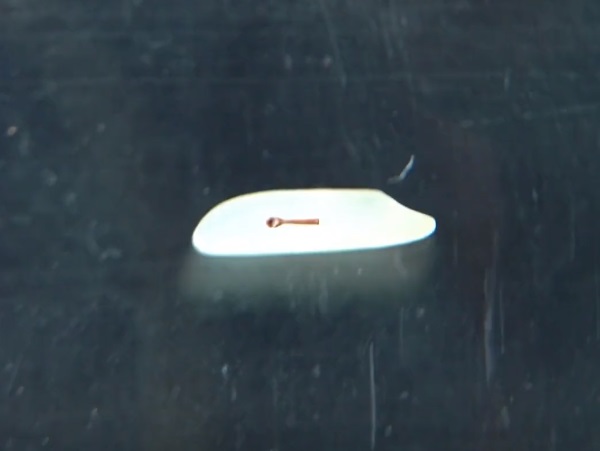 The video was posted on Twitter by the Guinness World Records couple of days back and since then, it has been viewed by more than 8K times. The video was shared with the caption, “New record: Smallest wooden spoon – 2 mm (0.7 inches) made by Navratan Prajapati Murtikar (India)” with the emoji of a spoon. 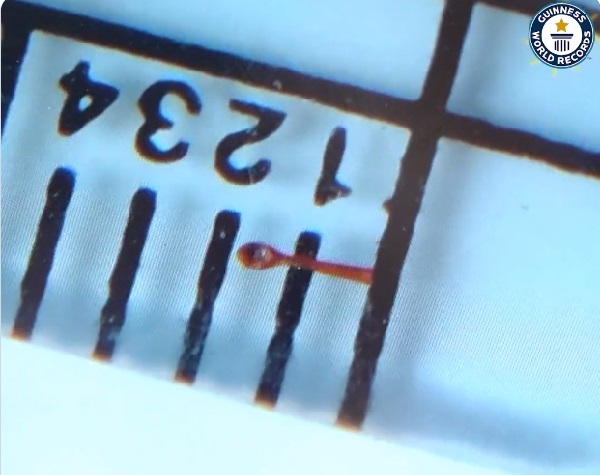 Other than miniature sculpting, Navratan Prajapati is also known for making portraits with clay and POP, he has also paid tribute to Heera ben, mother of the Indian Prime Minister Narendra Modi by making a POP portrait of her. Heera Ben departed from the world at the age of 100 yrs last year on 30 Dec 2022. 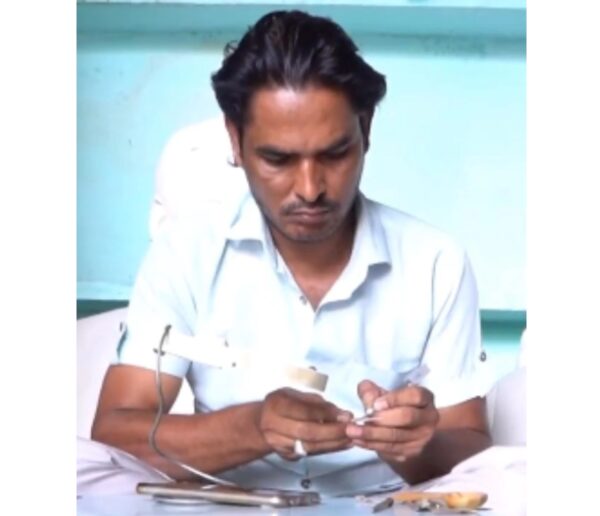 Navratan Prajapati has also made a statue of Lord Mahavir on the tip of a pencil along with portraits of many famous personalities such as the President Draupadi Murmu.

Earlier the record of making the smallest wooden spoon was in the name of Gowrishankar Gummadidhala who is from Telangana. His wooden spoon was 4.5mm long and he got his record registered in 2021.

Congratulations to Navratan Prajapati Murtikar and we sincerely hope that he keeps on making the country proud in the future as well.