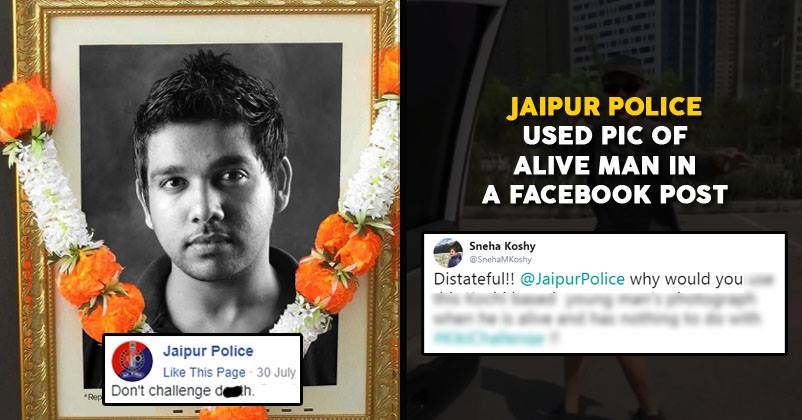 Road accidents are already a very serious concern for the law enforcement agencies and now this “Kiki challenge” has increased their problems manifold. The craze of this challenge has increased so much that not only common public but also celebrities are getting engaged in it.

In this challenge, people are getting out of their moving cars and dancing to the tune of “Kiki, Do you love me?” which is resulting in chaos and accidents on road. The police of various states has been warning people against it as it is risking their as well as other people’s lives.

Here is how Punjab police warned people in relation to Kiki challenge:

There has been an alarming rise in dangerous on-road behavior as a result of irresponsible social media challenges posted by nefarious elements.

We strongly recommend you to abide by the official statement released by the ADGP Traffic, Punjab Police, in this regard. pic.twitter.com/SJP3I4qWKg

Mumbai police also took to Twitter to make people realise of the risk they will create for themselves and others if they take this Kiki challenge:

Not just a risk for you but your act can put life of others at risk too. Desist from public nuisance or face the music ! #DanceYourWayToSafety #InMySafetyFeelingsChallenge pic.twitter.com/gY2txdcxWZ

But Jaipur police was unmatchable when it came to issue warning. Here’s what they posted on Facebook:

But this didn’t go well with some people, especially with the close ones of the person who is featured in the post because the guy is still alive.

The name of the person is Jawahar Subhash Chandra who is from Kochi and as this post went viral, he started receiving calls and messages and his relative and family members were shocked.

Messages were sent to Jaipur police so that they realised their mistake and the Twitterati also joined the campaign.

What nonsense! How can Jaipur police be so irresponsible?

Distateful!! @JaipurPolice why would you use this Kochi based young man's photograph when he is alive and has nothing to do with #KikiChallenge !! I thought at least police will be against fake news!! #Kerala https://t.co/NIyBlBR27T

i don't know about #kiki but #JaipurPolice definitely kills a man alive. pic.twitter.com/sqZZxnlYWD

Well, one more surprising fact is that Jawahar never attempted Kiki challenge; it was just that he did a modeling assignment and Jaipur police purchased the photo from a stock website where Jawahar’s photo was uploaded.

UIDAI’s Number Is Saved In Your Phone’s Contact List Without Information & Twitter Is Scared
Guy Performed Kiki Challenge On Local Trains, Got A Perfect Reply From RPF