Janhvi Kapoor is one of the hottest Bollywood actresses of the present times and she certainly has a very long way to go as far as her career is concerned. She has a huge fan following, thanks to her gorgeous looks and acting skills, however recently she made a statement which made her an object of mockery on social media. 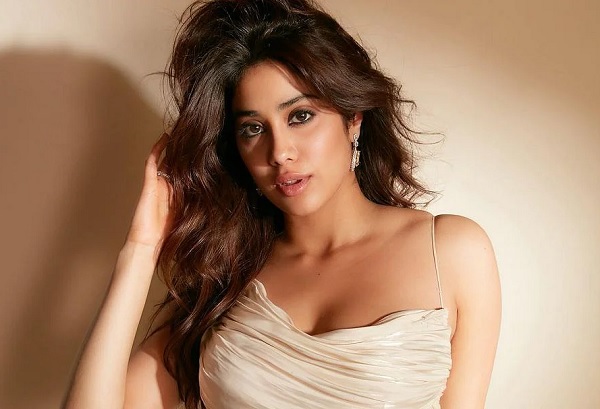 Earlier, Janhvi Kapoor appeared on the famous talk show Koffee with Karan along with Sara Ali Khan and though the promos increased the excitement of audiences yet when the episode was streamed. it ended up being one of the most boring episodes of Karan Johar’s show. Recently, Janhvi appeared in another talk show and while talking about her favourite subjects, she said that she cared only about History and Literature and she performed well in those subjects too. However, she added that she never understood why she studied Algebra when she never used it in her life. The actress crossed the limits when she said that while Literature and History make a person cultured, Maths makes a person retarded.

This statement regarding Maths making a person retard didn’t go well with netizens and they trolled her mercilessly. Check out some selected reactions: 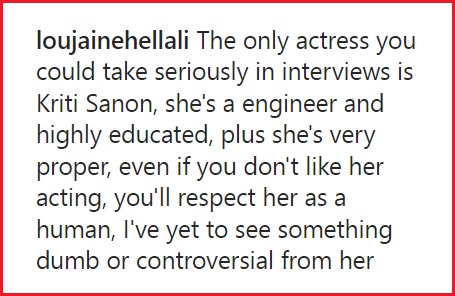 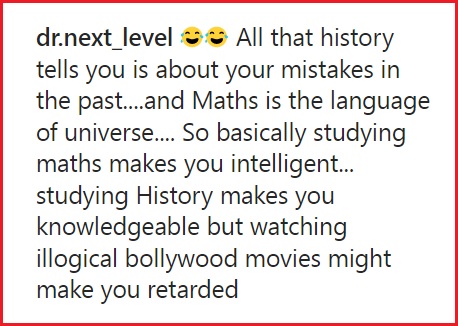 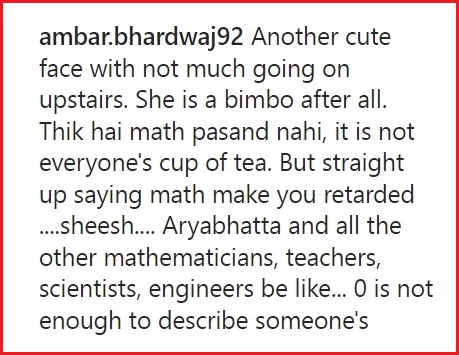 While everyone likes some subjects and hates some other ones, it doesn’t justify the fact that you can give names to those who like that particular subject which you don’t like. In fact, Maths is one subject which is used by all of us in some manner in our daily lives, the use may be more or less but Maths is an integral part of our lives.

Some online users also started calling Janhvi Kapoor the next Alia Bhatt because during one of the episodes of Koffee with Karan, Alia Bhatt replied with Prithviraj Chauhan when she was asked to name the President of India.

What is your opinion in regard to Janhvi’s statement?