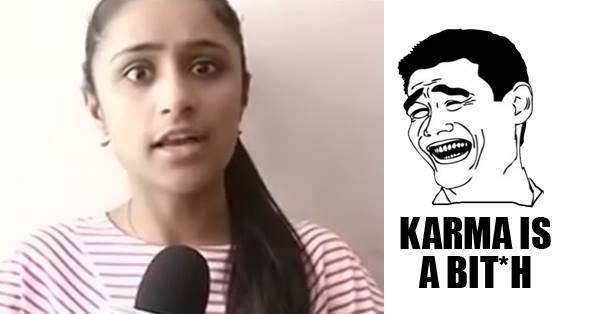 Jasleen Herself Has Proved That She Was Wrong By Deleting Her Facebook Profile.

It has not been long when Jasleen said in an interview that she would never hide her face or she needed not to be ashamed because she had not done anything wrong.

In this article, we present you an awesome video and one of the best ones in connection with Jasleen Kaur case. This is among the initial videos when the case was getting attention of people after the girl uploaded Sarvjeet’s photo on Facebook. In the interview, the anchor asked Jasleen that she came forward and spoke so openly about the matter. And that it’s a very normal thing which almost every girl faces. But Jasleen did not want to hide her face and name so she wanted to give a special message for girls behind this. Now read Jasleen’s reply:

“Hiding my face and identity means I lose and his wins and I get scared but no, I am not scared of him. He should be ashamed and not me, neither I am scared. I am properly standing here and he should now be in terror and fear because his picture is leaked and reached everywhere.”

However, after lots of drama and false statements, Jasleen has finally deleted her Facebook profile. So what should we understand from this act of yours, Jasleen? You are making this proverb true in your case, don’t you?

“A Speck In The Beard Of A Thief” (which is “Chor Ki Daadhi Mein Tinka”, a popular proverb in Hindi)

You Just Can’t Miss To Watch This Awesome & One Of The Best Video In Jasleen Kaur Case:

What are your views about the video? Share with us in your comments!

CCTV Footage Of A Waiter Pouring “Hot Boiling Water” Over A Female Customer Will Shock You
After Pregnancy Prank By Son, Here Is a New Pregnancy Prank On Mom By Her Daughter