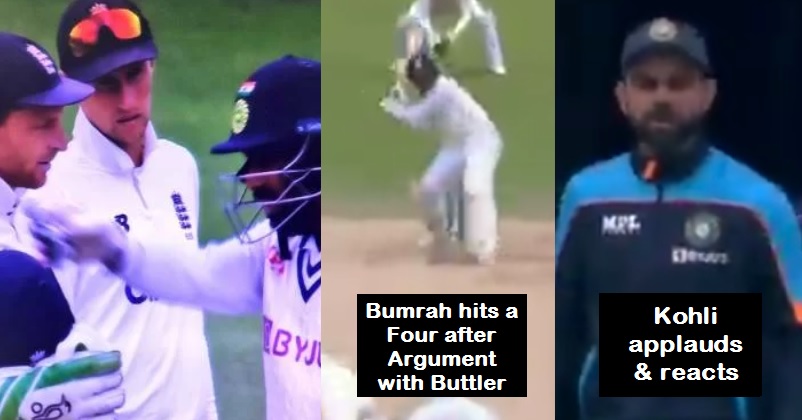 The fifth and the final day of the second test match started with Rishabh Pant and Ishant Sharma on the crease and a lot was expected from the young Indian wicketkeeper but he wasn’t able to make any impact and got dismissed early by Ollie Robinson who also sent Ishant Sharma back to pavilion. The Indian team lost 8 wickets at the score of 209 and everything depended on the Indian tailenders. While the English bowlers were hoping to end the Indian innings soon, Mohammad Shami and Jasprit Bumrah had something else in mind and they not only scored runs but also frustrated the English bowlers. 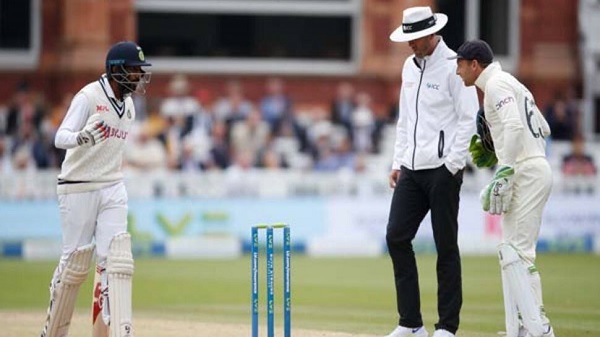 Soon a contest between Jasprit Bumrah and Mark Wood started as the latter was quite annoyed with the manner in which the Indian tailenders were batting. After getting hit for a four, Mark Wood launched a barrage of short balls, out of which one hit Bumrah on his helmet and then Bumrah was seen having verbal duel with Jos Buttler. Soon they were joined by the English skipper Joe Root and the Indian cricketer Mohammad Shami after which the umpires came in between to separate the players.

If you remember on the third day of the test match, Jasprit Bumrah did the same thing with James Anderson who got hit on his helmet and ribs and after that, Anderson had a go at Bumrah.

The Indian skipper was also seen applauding Jasprit Bumrah for his lower batting order and that too, in a quite aggressive manner. 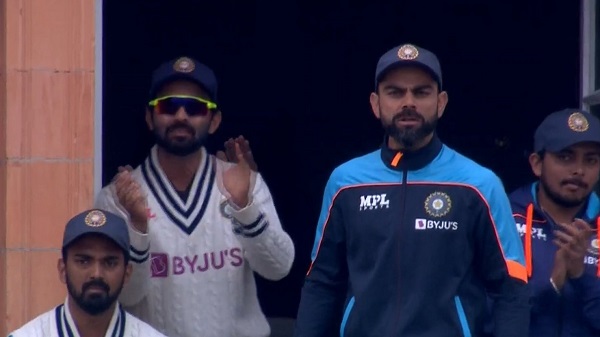 As far as the match is concerned, India has given the target of 272 to the hosts and the England cricket team has already scored 67/5. The good thing is that Joe Root has been dismissed and it strengthens the chances of India’s victory in view of the fact that winning the match with Root on the crease was a little difficult because he had been in a terrific form.