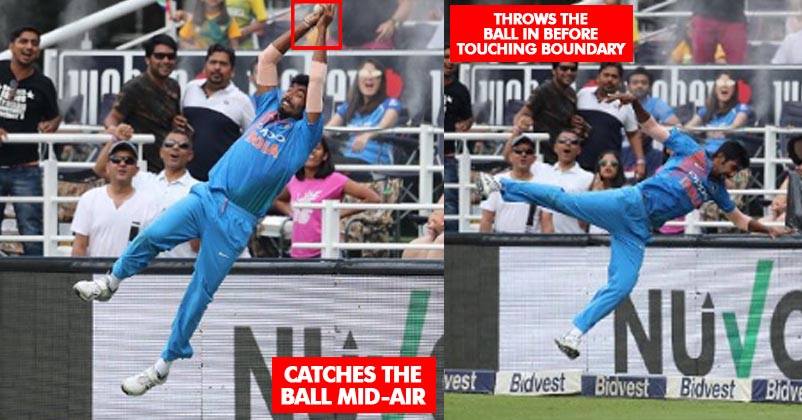 The Indian cricket team has been performing well in South Africa as after winning the ODI series, they have won the first T20i also. The credit must go to wonderful batting by Shikhar Dhawan and to the Indian bowlers who restricted the South Africans at 175/9 in response to India’s 203/5.

However, we have to admit one more thing that the Indian fielding has also improved a lot in recent times and we can prove this statement with one example from the first T20i.

It was the first ball of seventh over of the innings and the bowler was Hardik Pandya. The ball edged the bat of David Miller and it took the aerial route and it was almost confirmed that it will go for a six. But when the ball was about the go out of the boundary, Jasprit Bumrah took a very high jump, caught the ball, threw it inside the boundary and saved a six. It was a great save by Bumrah and the Indian crowd started celebrating as six runs were saved. 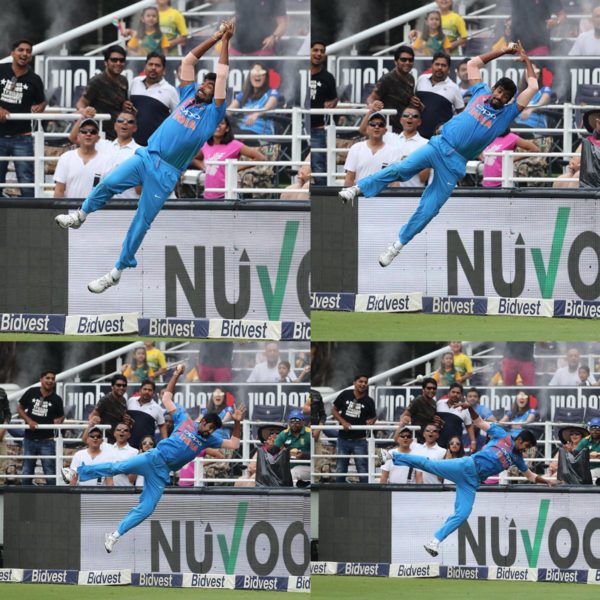 But the field umpire consulted the third umpire about the decision and gave it a six. Everyone was shocked as when Bumrah caught the ball and when he threw inside the boundary, he was not touching the boundary rope so how it can be a six.

Airborne BOOM! How's that for an effort at the boundary ropes! #SAvIND pic.twitter.com/dz4ubi4qiV

Bumrah may not have been able to save a six but it was great effort by him and we appreciate him for it.

Mother Of Bad Luck. The Way NZ Batsman Got Dismissed Will Make You Sad For Him
Gibbs Trolled Ashwin For His Speed. Ashwin Gave A Befitting Match-Fixing Reply