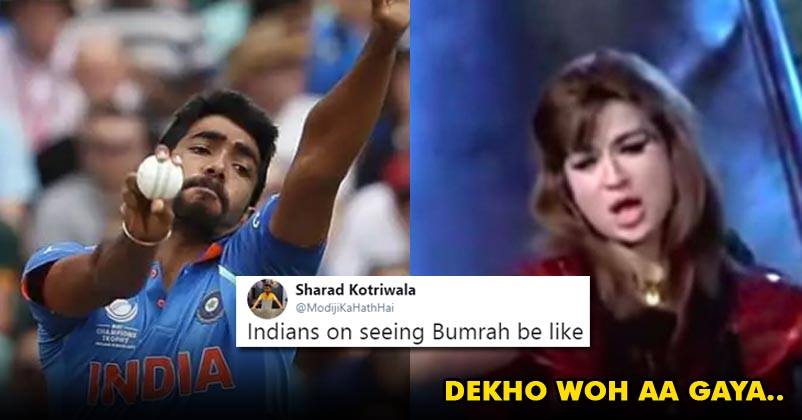 Pacer Jasprit Bumrah again proved his worth in the Indian cricket team and help win the match against Bangladesh on Tuesday. With this majestic win, India has secured its place in the semi-final of the ongoing ICC World Cup. Opening batsman Rohit Sharma scored his fourth century while Bumrah bagged 4 wickets and lead India to its victory.

Bumrah is being hailed for his outstanding bowling in India vs Bangladesh match on the internet. The fans are going crazy over Bumrah’s bowling and his perfect yorkers. He is already the number 1 bowler in ODIs and won millions of hearts during the last match.

Twitter is flooding with praising messages for Bumrah. Here, take a look:

Today he has earned the title of "Legend"..

Bowler bowling Yokers will come and go, but nothing not even close to Bumrah has come in past, and will not be there in future.

Kids here must know. Bumrah is the bowler my generation dreamt of.

*Bumrah being the best in the world*
Other bowlers :#INDvBAN pic.twitter.com/vA03ouMxUP

Dread it.
Run from it.
That Bumrah yorker still arrives.#CWC19

Batsmen:- I will score big and win this match. #INDvBAN #Bumrah
Bumrah:- pic.twitter.com/J81yPAPD7z