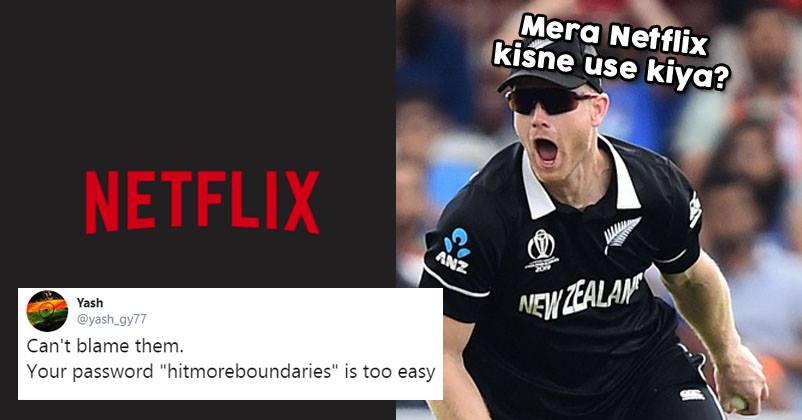 The New Zealand cricket team is on a tour to Sri Lanka where they will be playing test series of two matches and a T20I series of 3 matches. With these test series, New Zealand and Sri Lanka will be starting their Test World Championship. Both the teams will be clashing against each other on Wednesday in the first test match in Galle.

Jimmy Neesham may not be a part of the test team but he is still one of the most popular New Zealand cricketers. In fact, he can be called a star on the social media networks who has earned a reputation of making some really hilarious tweets.

On August 14, Jimmy took to Twitter to wish all the best to his teammates for the test match against Sri Lanka and in another tweet he wrote something which made people laugh.

His first tweet read, “Best of luck to the @BLACKCAPS lads today for the start of the #testchampionship 🏏”

Jimmy Neesham tweeted, “Also whichever one of you is using my Netflix login on the team iPad get off ffs 😂”

Also whichever one of you is using my Netflix login on the team iPad get off ffs 😂 https://t.co/8XL5I45ucq

He soon came to know that it was his teammate William Somerville who not only responded back but also told Jimmy that he had signed out of his account and started using his own login.

William Somerville wrote, @BLACKCAPS haha that me – you got the raptors background? I’ve logged in with my own deets now 😂😂”

@BLACKCAPS haha that me – you got the raptors background? I’ve logged in with my own deets now 😂😂

The chat ended with this tweet of Jimmy in which he asked William whether he is still watching Coronation street. He wrote,

Must’ve been you old fella! 😂”

Everybody has a friend who knows a friend that has a Netflix account. I totally didn’t know that you are that friend

Can't blame them.
Your password "hitmoreboundaries" is too easy

Hey @JimmyNeesh would u pls give ur Netflix accnt details fr one day , I ll give it back after watching #SACREDGAMES2 series 😁😁😀🤗

Does it happens with you guys as well.??🤣🤣thought I happens only with us.

Jimmy Neesham may be joining the team for the T20I series, until then we can see him playing on Twitter!