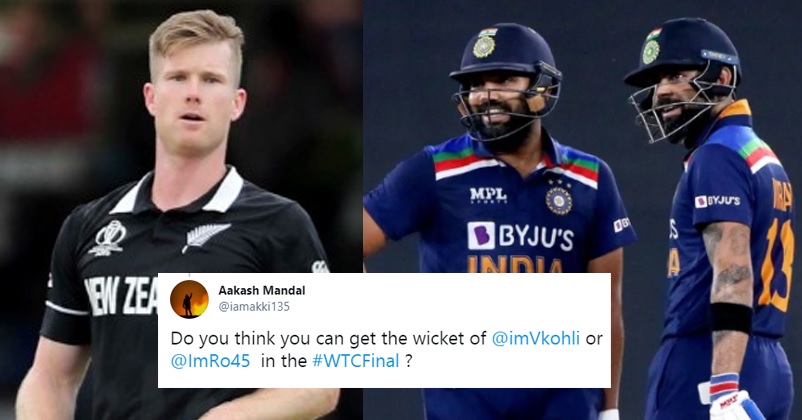 James Neesham, the New Zealand cricketer, has been quite active on the social media networks and he certainly tries to answer the questions asked by each and every fan and follower. However, sometimes the Kiwi cricketer comes up with really funny replies which also display his wittiness and good sense of humour. 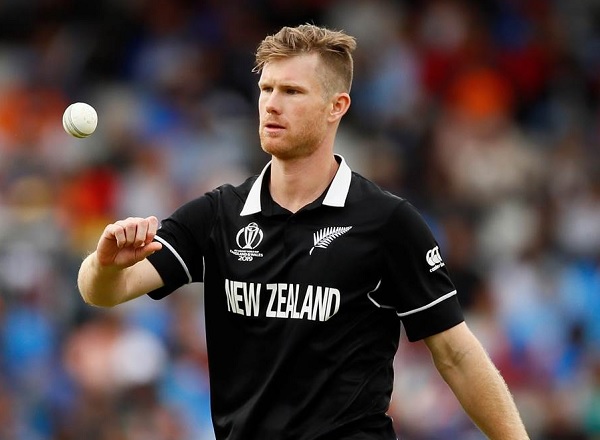 Recently, a follower asks James Neesham whether he will be able to take the wicket of the Indian skipper Virat Kohli or Rohit Sharma in the final of the World Test Championship. This is what the online user, “Do you think you can get the wicket of @imVkohli or @ImRo45 in the #WTCFinal?”

Do you think you can get the wicket of @imVkohli or @ImRo45 in the #WTCFinal ?

James Neesham responded with, “I would say that’s very unlikely”.

India and New Zealand are going to face each other in the finals of the World Test Championship in June at Southampton and both the sides have announced their squads. James Neesham won’t be able to take the wicket of Virat Kohli or Rohit Sharma or any other Indian batsman as he is not a part of the Kiwi test squad. New Zealand has announced a 20-member squad under the leadership of Kane Williamson and they will be playing a 2-match test series against England before clashing with India in the WTC final. 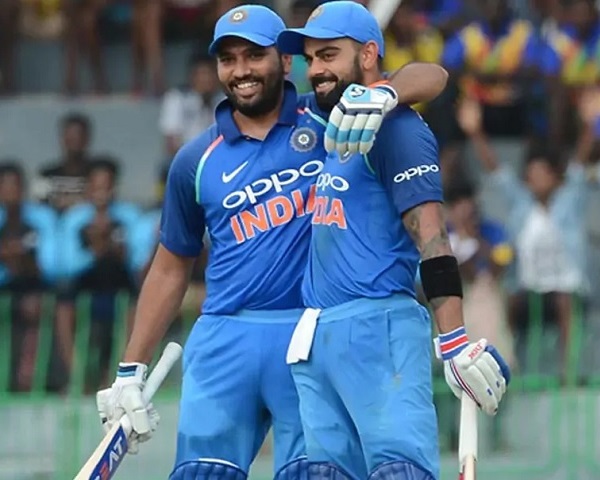 James Neesham made his test debut in the year 2014 but he hasn’t been a part of the Kiwi test squad since 2017. He has played 12 test matches in which he has scored 709 runs and has taken 14 wickets as well.

Another Twitter user tried to warn James Neesham by telling him that if he has Bitcoin, he should sell it otherwise he will be in loss. Here is what online user wrote, “JIMMY if you have Bitcoin please Sold it, Otherwise u gonna be in Lose”.

James Neesham gave a pretty hilarious reply as he wrote, “Actually you only lose money WHEN you sell”

Actually you only lose money WHEN you sell 😉 https://t.co/TvdsoiCSni

That was quite funny, wasn’t it?

Chahal Opens Up On Kuldeep Yadav Not Playing Enough For India, Says Jadeja Is The Reason
BCCI Gets Slammed For Pay Disparity, Men Cricketers Get Rs 7 Crore & Women Get Just Rs 50 Lakhs