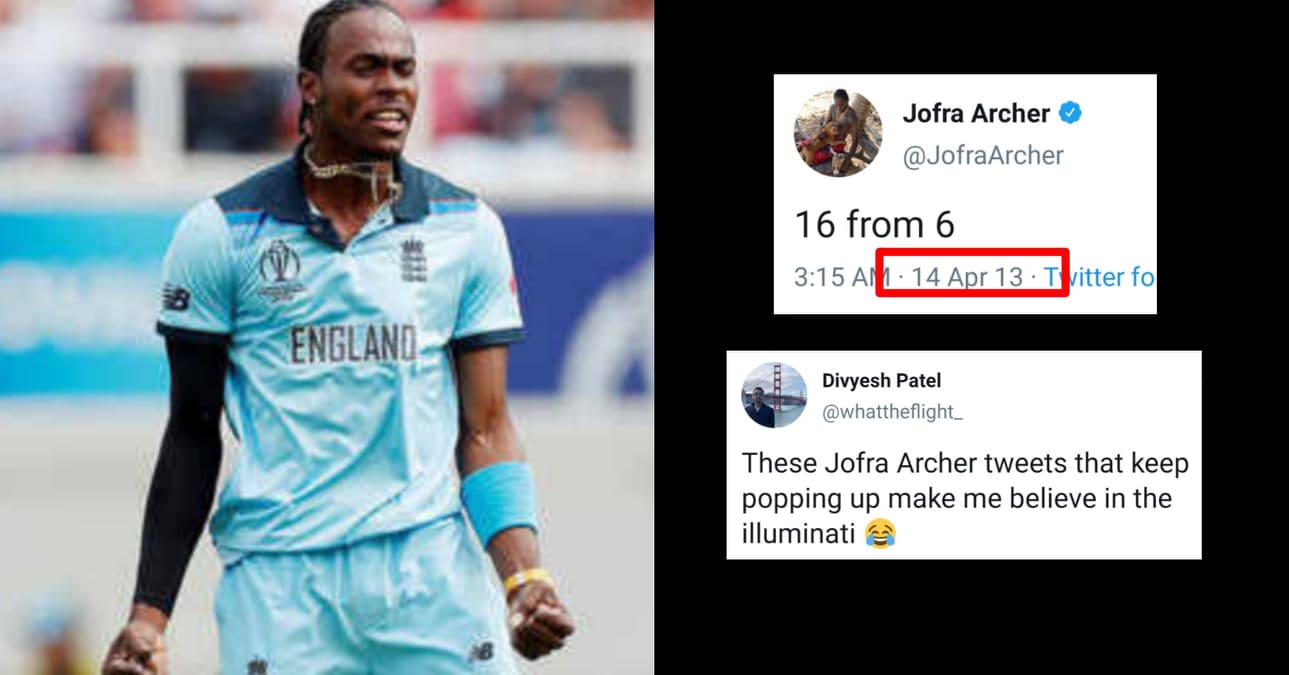 Jofra Archer took the last wicket yesterday after the exciting match between England versus New Zealand. New Zealand batted first and made a total of 241 runs, England had to chase and make 242 to win the World Cup. But in the shocking events, the match came to a tie. Super over was played, and both the teams had one over each to score as many runs as possible with three wickets in hand.

England batted first and made 15 runs in the super over, for New Zealand to win they had to make 16 runs. In the last ball, there were two runs to be made, but Jofra Archer took a wicket.

England won the first-ever World Cup, and happy news is all over the place, but it seems that the Young 24 years old Jofra predicted this a long way back. Jofra is quite popular on Twitter, and he keeps his fans and audience amused with this quirky tweets.

Wouldn't mind a super over

Not only he had predicted that he would not mind a super over but also wrote in a tweet “16 from 6”.
His tweets have been re-surfacing, and people can’t believe that he predicted the series.

Where did you learn astrology? 100% correct predictions. "16 from 6" prediction was just unbelievable.

This is too uncanny!