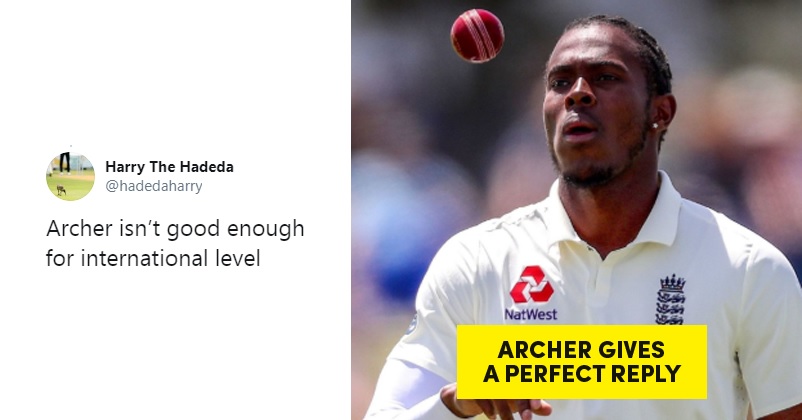 Jofra Archer, the Barbados born England cricketer, is certainly making heads turn with his superb performances. The 24 years old player may have entered the International arena in 2019 but he has become a very important part of the English cricket team in a very short period of time.

Jofra played a good role in England’s win of World Cup 2019 title and he also troubled the Australians a lot during the Ashes 2019. However due to his sickness, he was not able to take part in the test series against South Africa. 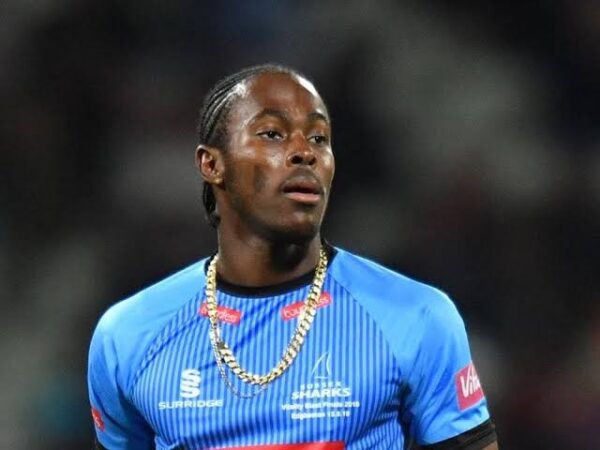 The English cricket team is on a tour of South Africa and they crushed the hosts in the four test match series by 3-1. Players like Mark Wood and Stuart Broad played an important role in their team’s victory in the test match series which is a part of ICC World Test Championship.

The Sky Sport Cricket made a tweet in which it wrote the name of England bowlers and talked about how happy the coach Chris Silverwood is with the depth of England bowling as he plans to win back the Ashes. The Twitter handle asks users about their choice of pacers that they will include in the team if all of them are fit and fine.

What would be your Ashes attack if everyone was fit? 🤔

One online user was quite rude and replied with his choice of bowlers but he also wrote that Jofra Archer is not good enough for International level in his opinion. Here is what he tweeted,

“Anderson won’t make the ashes, getting on abit now. Still a great though.

Wood, Stokes, Broad, Woakes and Bess. Pick of the bowlers

Anderson won’t make the ashes, getting on abit now. Still a great though.

Wood, Stokes, Broad, Woakes and Bess. Pick of the bowlers

This user may have felt that Jofra Archer is not good enough for International level but the young bowler has played 7 test matches in which he has taken 30 wickets with a good economy rate of 3, his best performance was 8/85. Now if we talk about the ODIs, he has taken 23 wickets in 14 matches and his economy rate has been 4.63.

Jofra Archer also noticed the tweet and gave a cool reply as he wrote, “I’m probably not but my family and friends don’t seem to think so 🥰”

I’m probably not but my family and friends don’t seem to think so 🥰 https://t.co/bo3bgQMo95

We are sure that there will be many who won’t agree with the online user, what do you think?

KL Rahul Can Become Even The Next PM Of India Or End Any Sportsperson’s Career, Says Twitter
Dhoni’s Wife Sakshi Teases Him In The Cutest Way, Says “Why Is My Sweetie Not Looking At Me?”