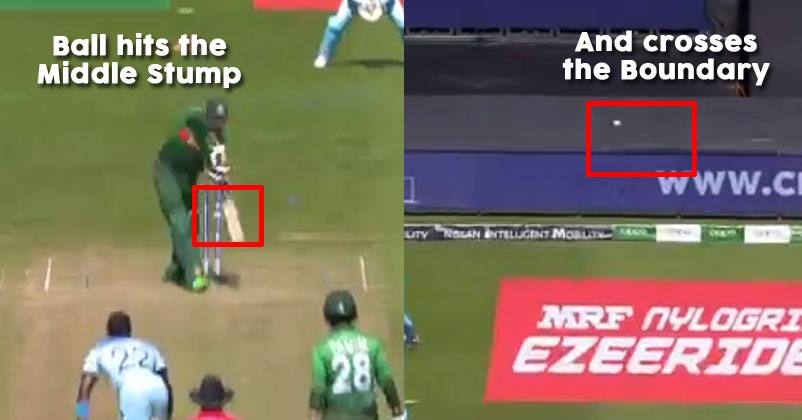 England played against Bangladesh on June 8, in its third match at the Sophia Gardens in Cardiff. It was the 12th match of the ICC World Cup and fast bowler Jofra Archer came into headlines when he bowled a 143 kph delivery to Bangladesh batsman Soumya Sarkar.

And the interesting part of that particular delivery was, the ball was so fast that it hit the wicket and still went out of the boundary over wicket-keeper Jonny Bairstow’s head.

The ball not only stunned the cricket fans around the world but also left commentators speechless.

ICC shared the bowling video of Archer on Twitter and wrote, “Have you ever seen a ball go for ‘six’ after hitting the stumps? ”

Have you ever seen a ball go for 'six' after hitting the stumps? 👀#WeAreEngland #CWC19 pic.twitter.com/nL2SToZ8iC

The official twitter handle of Cricket World Cup 2019 shared a still of Archer celebrating after taking the wicket.

Was that a four? A six? No! A wicket for Archer!

Archer also bowled the fastest delivery of the World Cup 2019 at 153 kph.