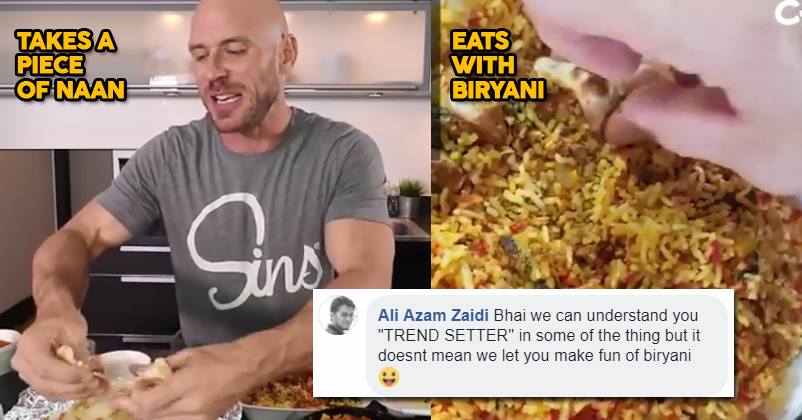 American adult industry star Johnny Sins is a popular name in the adult industry. Apart from having over 500 adult movies in his collection, he is also a popular Youtuber and has 700k desi followers.

And in his latest YouTube video, Johnny can be seen having biryani with naan, yes you read it right.

He stared his video with having some lip smoking desi food like Pakodas, Tikki, Aloo Gobi and samosa as well.

And later he went for the Chicken Biryani. The actor tore a piece of naan and scooped up some biryani and munching it happily.No its not enough even he called this is the ‘Traditional’ way of eating biryani.

After watching this some viewers start blaming him for ruining their emotions and others were spare him with a good laugh.

Here are some comments

No, It is Not A Joke Bro

Eww Who Does That

So guys, what do you feel? Is this the right combination?

Online Game Fortnite Causes 200 Divorces In The UK. Will PUBG Do This In India?
Disha Posted A Hot Pic In Red Bikini, Got Trolled Like Never Before